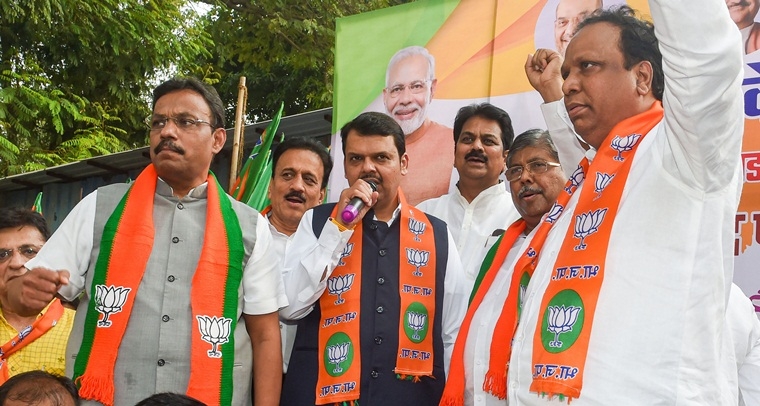 The Maharashtra Vikas Aghadi (MVA) comprising Shiv Sena, NCP, Congress and smaller parties paraded 162 MLAs, including Independents, at the Grand Hyatt Hotel in Mumbai on Monday to show that the BJP government did not have support of majority MLAs. A day after the MVA's parade, now BJP has summoned its MLAs to the Garware Club at Wankhede Stadium.

The BJP has directed all 105 MLAs to Garware Club, whose President is Sharad Pawar. "We will prove our majority. Tonight at 9 pm, all BJP MLAs will meet at Garware Club in Mumbai," BJP leader Rao Saheb Danve told reporters after the Supreme Court ordered a trust vote, to be telecast live, "within 24 hours". The meeting at Garware Club has raised eyebrows in the political arena.

This comes after the Supreme Court has directed for floor test for Maharashtra Chief Minister Devendra Fadnavis to prove his majority in the assembly will be conducted on Wednesday. Stating that it is necessary to have a floor test to avoid horse trading, the apex court on Tuesday also asked Maharashtra Governor Bhagat Singh Koshyari to appoint a pro-tem speaker and ensure that all elected members of the House are sworn in on Wednesday itself.

The entire exercise will be telecast live and has to be completed by 5 pm, said a bench comprising Justices N V Ramana, Ashok Bhushan and Sanjiv Khanna. Voting in the assembly shall not be on the basis of secret ballot, it said. The governor pro-tem speaker will administer oath to the newly elected members.