HomeMumbaiAndheri assembly by-poll: BJP's last-minute pull-out against Latke was according to plan for BMC elections?

Andheri assembly by-poll: BJP's last-minute pull-out against Latke was according to plan for BMC elections?

The bypoll was the first electoral contest after the vertical split in Shiv Sena whose election symbol- bow and arrow- was frozen by the Election Commission.

Mumbai: The BJP's last-minute decision to pull out of the high-decibel Andheri (east) Assembly bypoll is seen as a strategic step factoring in the "sympathy factor" potentially in favour of the Uddhav Thackeray-led faction's nominee Rutuja Latke, say political observers.

The BJP leadership must have weighed the odds and concluded that the risk to pit Murji Patel against the wife of late MLA Ramesh Latke is not worth taking for a single bypoll as the main battle is shaping up for the BMC polls, they said.

"If Rutuja Latke wins, it will come as a morale booster for Uddhav Thackeray. Her victory will mean that voters' sympathy is with Thackeray after the split in the party. The BJP seems wanted to deny Thackeray any chance to claim a high moral ground," they said.

Moreover, the Eknath Shinde faction doesn't have much presence in Andheri whereas the Uddhav Thackeray-led faction has loyal Marathi voters.

The withdrawal of Patel's nomination handed a virtual walkover

The withdrawal of Patel's nomination handed a virtual walkover to Rutuja Latke though voting will be held on November 3 as six other candidates have not withdrawn their nominations.

The by-poll was the first electoral contest after the vertical split in Shiv Sena whose election symbol- bow and arrow- was frozen by the Election Commission.

In its interim order, the EC had allotted separate symbols and nomenclatures to the factions led by Thackeray and Maharashtra Chief Minister Eknath Shinde.

Ahead of the bypoll, Rutuja Latke had to move the Bombay High Court to make Brihanmumbai Municipal Corporation (BMC) accept her resignation to enable her to file her nomination.

Nationalist Congress Party (NCP) chief Sharad Pawar had also advised the BJP to ensure that the bypoll is unopposed as per the "political tradition" in Maharashtra.

"Raj Thackeray's letter to Fadnavis was a strategic move and is as per the wishes of BJP. Raj Thackeray will not do anything which will embarrass him later. This indicates that BJP and MNS are working closely together for the upcoming BMC elections," the observers feel.

In Maharashtra, electoral contests are generally avoided if bypolls necessitated by the death of sitting MLAs or MPs are contested by their kin. "The BJP had previously also not contested some of the bypolls," state BJP chief Chandrashekhar Bawankule had said while announcing Patel's withdrawal from the fray.

The NCP and Shiv Sena MP Sanjay Raut had said the BJP might have decided to withdraw as they have sensed a defeat in the bypoll.

"The BJP had conducted a survey which predicted that their candidate (Murji Patel) would lose the bypoll by at least 45,000 votes. This is the reason they decided to withdraw," Raut had said and added that events like Raj Thackeray writing to Fadnavis were all "scripted". 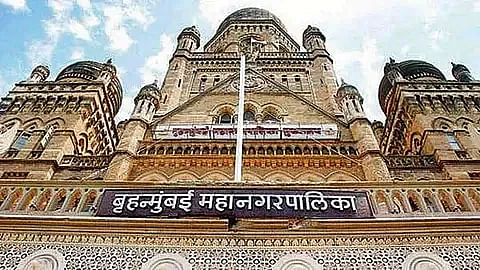