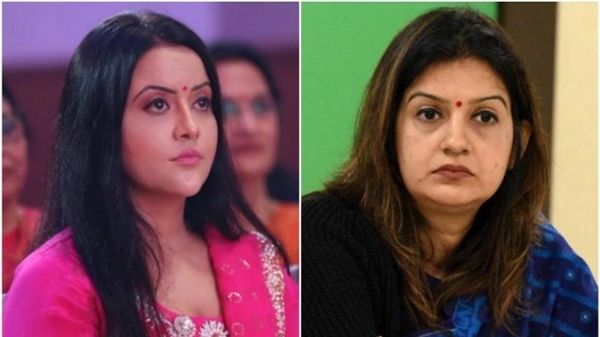 Mumbai: For the first time in Maharashtra’s history, a chief minister is being targeted, not only by the Opposition, but also by the high-profile wife of the leader of the Opposition.

The trigger was a December 14 tweet by Devendra Fadnavis when he slammed Congress leader Rahul Gandhi’s statement on Veer Savarkar, proclaiming, “One cannot become ‘Gandhi’ just by having Gandhi for a surname!”

Concurring with her husband, Amruta belatedly said on Monday: “Very true! Neither can one become a ‘Thackeray’ by just adding ‘Thackeray’ as one’s surname! One needs to be true, principled and able to think for the betterment of people and party members above one’s own family and power dynamics!” Both Shiv Sena and Uddhav Thackeray were tagged.

Hitting back, Sena deputy leader Priyanka Chaturvedi said Thackeray was living up to his name and Amruta was missing the point. "Yes he is living up to his surname, but you, as usual, missed the news - promises fulfilled, principled commitment & working for welfare of his people/farmer loan waiver, Rs 10 meal, CM office in every division," she tweeted.

"All this in a month of forming the govt. PS: Thankfully, he is not into singing his own praises," Chaturvedi said. The barb was aimed at Amruta, who is a trained classical singer and has performed at various cultural and social events.

Shiv Sena spokesperson and legislator Manisha Kayande, too, gave a tongue-lashing to Amruta. “What’s her locus standi? Has she lost faith in her husband who lost power in 80 hours?

As Devendra Fadnavis is already attacking the CM daily, has she now been appointed the unofficial spokesperson by PM Modi, BJP president Amit Shah and state BJP chief Chandrakant Patil, as they failed to counter the Maha Vikas Aghadi government?” Kayande asked.

But his power-hungry wife Anandibai transformed him to the extent that he committed a moral transgression and ultimately went down as a villain in history. The lessons of history are not to be forgotten! Thackeray is always a Thackeray! Today’s Anandibai.’’

Anandibai is infamous in Maratha history for plotting the death of her 17-year-old nephew Narayanrao. The murder of Narayanrao put her husband Raghunathrao in line for the Peshwa’s seat.

So, they push their women in front and peep from behind their sarees. The trend was started by their top leaders, now Devendra Fadnavis has adopted the same methods.”

But the third MVA partner, the Congress, chose to take the high road in the matter. Congress state spokesperson Sachin Sawant told IANS: “We will not react. It’s not in our culture to make personalised attacks in politics, especially against women.”

Interestingly, for the past one month, ever since the BJP lost power in the state, it has been on a rampant breast-beating spree so embarrassing that even a professional mourner would squirm.