The civic authority had also approached the Bombay Parsi Punchayet seeking its approval in removing the structure.
Pratip Acharya 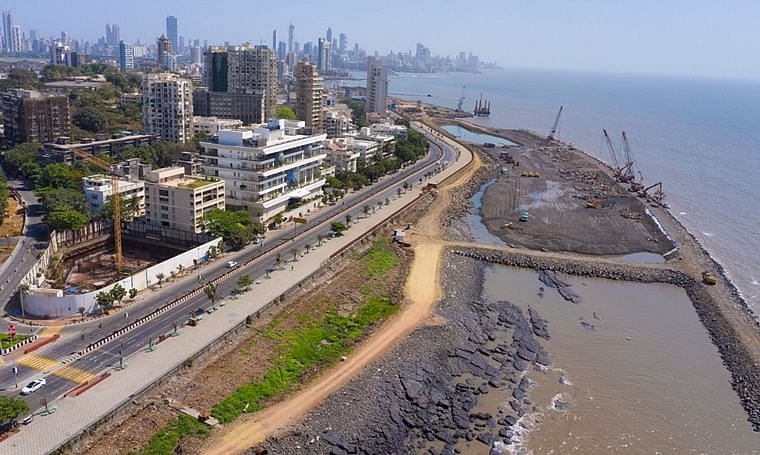 In an attempt to save the Parsi Gate structure from relocation, members of the Parsi community have proposed an alternative plan for the ongoing Coastal Road Project.

The Brihanmumbai Municipal Corporation (BMC) had earlier announced, to shift the hundred-year-old structure for constructing a tunnel on the outer edges of the Marine Drive precinct. The civic authority had also approached the Bombay Parsi Punchayet (BPP) seeking its approval in removing the structure.

Earlier this week, a group of concerned citizens met municipal commissioner, Iqbal Singh Chahal and proposed the alternate design. According to the new design, the proposed tunnel could be constructed in the middle of the road, this way it would also not affect the Parsi Gate structure.

“Building the tunnel on the outer edges would affect the footpath and having a tunnel in the middle of the road is potentially safer and will also not affect the movement of the vehicles” said Alan Abraham, architect of the project.

Chahal took note of the new design and instructed senior officials of the CRP department to call for a joint technical meeting within 15 days.

Since BMC has announced relocation of the structure, Havovi Sukhadwala, one of the citizens have been writing to the civic officials urging them to not move the structure. Sukhadwala also launched a signature campaign by filing an online petition.

“The municipal commissioner gave positive feedback to the new design, now we are looking forward towards the joint meeting to be held soon” Sukhadwala told FPJ.

Colaba MLA Rahul Narwekar and Cuffe Parade corporator, Harshita Narwekar were also present in the meeting along with citizens. The public representatives arranged the meeting between the citizens and civic officials.

“The structure has citizen's sentiments attached to it, if we can protect the structure with an alternative design then it's a win for everyone,” Harshita Narwekar told FPJ.

“The commissioner has assured consideration of the new design, we are hopeful that things will eventually fall into place after the joint technical meeting takes place” said MLA Narwekar.

Located at the Marine Drive Promenade just opposite of Taraporewala Aquarium, the design of the Parsi Gate is built on the basis of ancient Parsi architecture which comprise of two five metre pillars made of stone. Parsis have been paying respect to Avan Yazad (water deity) for over a century and Hindus use gate to immerse offerings in the sea water during Poornima.