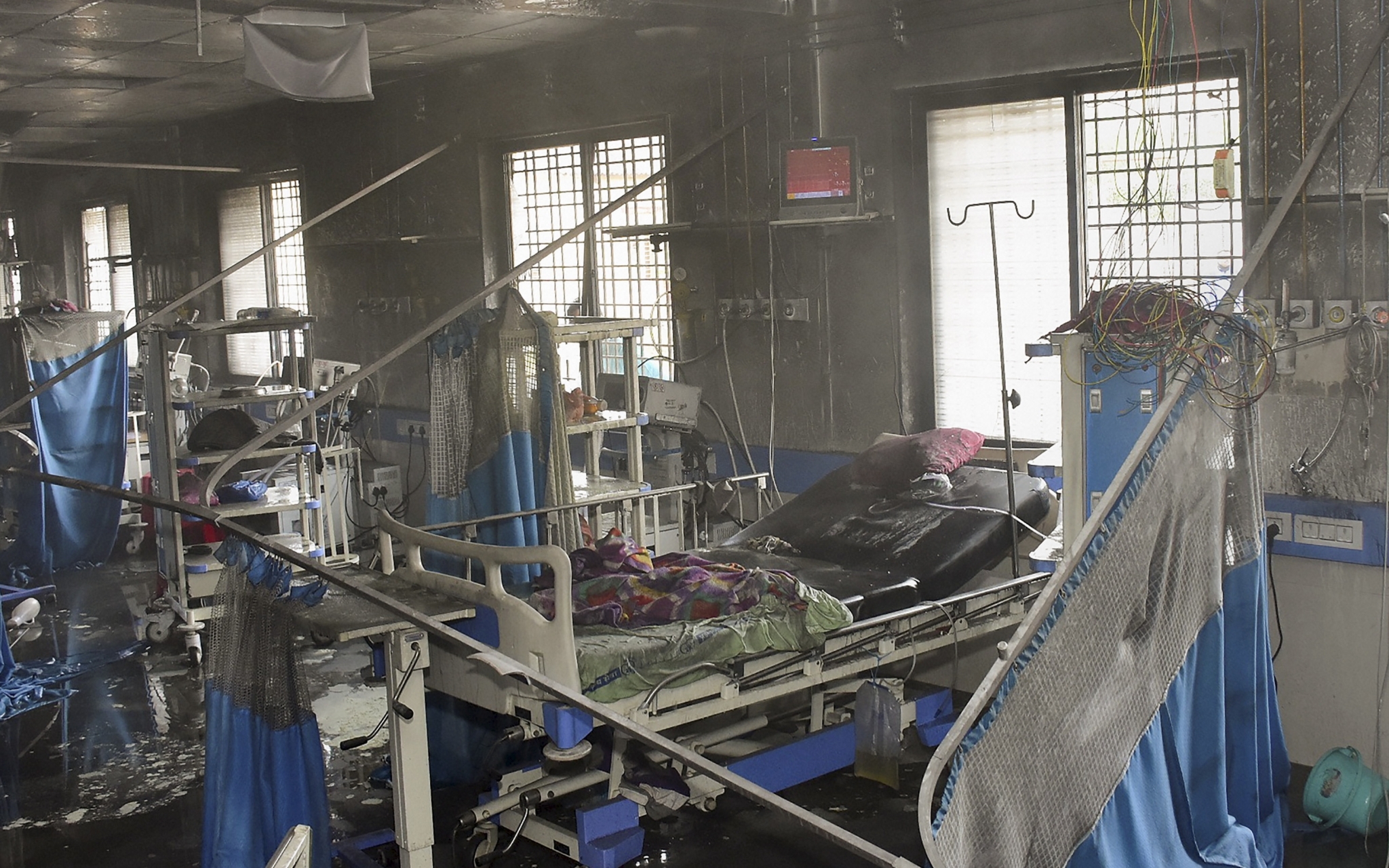 Ahmednagar: Charred remains at the ICU of Civil Hospital after a fire broke out, in Ahmednagar, Saturday, Nov. 6, 2021. At least 10 people died in the fire. | (PTI Photo)

An FIR has been lodged against unknown people after 11 COVID-19 patients died in the Intensive Care Unit (ICU) of the Ahmednagar district civil hospital in Maharashtra on Saturday, said Deepak Pandey, Nashik Police Commissioner. An officer equivalent to a police inspector or DCP will be deputed to conduct the investigation, he added.

Besides, Ahmednagar Guardian Minister Hasan Mushrif said an an inquiry committee has been constituted to probe the incident.

"Committee led by Divisional Commissioner has been formed for probe. It's an unfortunate incident. Govt has time & again given instructions to conduct fire audit still, such incident happening is unfortunate," Mushrif said.

After visiting the hospital in the afternoon, the Minister of State for Health and Family Welfare said a total of 17 patients were admitted to the ICU for COVID-19 treatment.

"After the fire broke out, these patients were shifted. However, 11 patients lost their lives. I condole these deaths. I have met six patients who are undergoing treatment and their relatives. An inquiry committee has been appointed. Once the committee files a report, the picture will become clear," she told reporters.

Responding to a query, Pawar said the Central government sends instructions regarding the fire safety audit (to hospitals) regularly.

"We are awaiting reports. Accordingly, action will be taken against the guilty," she said.

A senior fire officer had said that a short circuit was suspected to be the cause though it was yet to be confirmed.

Meanwhile, Maharashtra Health Minister Rajesh Tope announced an ex gratia amount of Rs 5 lakh each for the kin of those who were killed in the fire mishap.