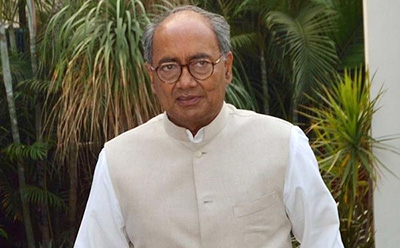 The party workers were protesting against Digvijaya’s statement in which he sought evidences related to strikes carried out by the Indian Air Force on Pakistan-based terrorist training camps. They had carried placards and banners and were raising slogans against Digvijaya and Congress.

Heavy police force were deployed in the area and hide and seek was also evident for some time between the protesters and police. Police also tried to extinguish the burning effigy. However, the BJP workers intercepted the police jawans and also indulged in pushing and elbowing.