From Bhaang ki chutney to hash brownies, here's a list of edibles from across India

Legalisation of Cannabis in various countries and renewed interest in its miraculous therapeutic properties to cure, retard the spread of cancer has drawn our attention to ingredients that are commonly looked upon or looked down as intoxicants.

It is well known that food can be intoxicating as well as toxic. The dividing line between poisonous and euphoric is a thin one but, it is skating on brittle ice along this divider is what provides the exhilarating 'high'.

Remember Psychobilin mushrooms from the Southern American continent that first opened forbidden doors to enter altered states of consciousness in the late 1960s? 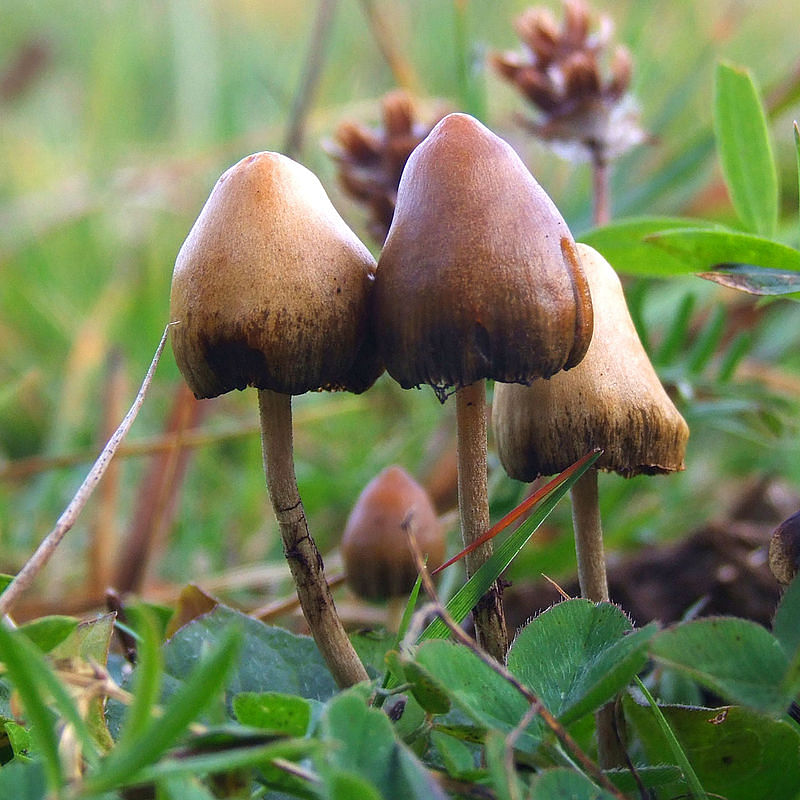 In Europe, there are some classic dishes that are cooked with a decent amount of alcohol. Take for instance the coq au vin or the French onion soup incorporating a large measure of red wine.

Even Indian bawarchi of Awadh boasted of preparing a rich meat curry in shara. Alcohol is haram in Islam but the explanation offered was that the alcohol evaporates in the process of cooking and nothing of the tabooed ingredient remains in the finished delicacies. In any case, their patrons the Nawabs who commissioned these dishes did not always conduct themselves as good orthodox Muslims.

Chinese 'Drunken Chicken' indicates not very subtly what it has imbibed and sake goes into some dishes in the Japanese repertoire. In different parts of India, alcohol has been used for centuries.

In Kerala, toddy was used to prepare the batter for Neerappam to act as a catalyst to accelerate fermentation. The same logic inspired the Goans to create their version of tipsy idli - sanna. The Parsi repertoire has a wonderful item that is called tadi ma ghost. The tadi in this case is not the toddy extracted from the sap of the date palm but beer.

When the Europeans stepped on this soil they brought with them confections that exude a seductive charm due to alcohol. Of these the Rum Caramel Custard is perhaps the best known. Ingredients for X-mas pudding are soaked in rum for weeks. Then there were liquor-filled chocolates, coffee brulee and the planter's punch or the hot toddy fortified by alcohol of different types. Brandy contributed to the dramatic fireworks on the table when dish was flambe'd. (Teetotallers beware! Scientists tell us that a fair amount of alcohol remains as a residue).

In enclaves where the French or the Portuguese ruled (Pondicherry and Goa) wine-based vinegars were commonly used. In India, Bhaang (cannabis (/topic/cannabis)) was commonly used to get high on thandai almond-rose petal flavoured condensed milk drink. While the fakirs and sadhus smoked the 'stuff' (ganja and charas) many a naughty host fed their gullible guests bhang ke pakode during the boisterous festival of Holi to make them lose their inhibitions and act silly. In Banaras, the sweet-meat makers have a special preparation for regular patrons called munaqqa that blends in a lozenge cannabis (/topic/cannabis) paste with candied rose petals (gulakand), saffron and sultana. It beats the much-hyped pralines any day with a sublimely slow release. In the hill villages of Uttarakhand, Bhaang ki chutney is routinely prepared for all festive meals. Cannabis seeds are also ground to a paste to cook fish or yams.

The intoxicants are confined to the green and dried leaves and the seeds that impart a nutty taste that don't hide any kick. Catering to hippie backpackers and their Indian trail followers, some hot spots in Himachal Pradesh have earned notoriety for serving products like hot chocolate and cakes laced with 'hash butter' sold under code names like the 'Laughing Buddha'. In Bengal, Posto, also known as khas-khas, are commonly used as a condiment/spice to cook vegetarian and non-vegetarian dishes. These are poppy seeds that, like cannabis (/topic/cannabis) seeds, carry no hazard of intoxication.

Mahua is the alcoholic beverage greatly relished by the young and old in the tribal belt of Jharkhand, Chattisgarh and adjacent regions of Bengal, Bihar and Madhya Pradesh. According to food historians, the generic name for the intoxicating drink Mada derives from Madhuk-- the distilled brew prepared with ripe Mahua fruit. Folklore informs us that tipsy elephants and monkeys were a common sight in the season when overripe fermenting fruit dropped from the trees and were consumed by the animals roaming in the forest. Mahua flowers and the fruit were also used to prepare laddus and preserves Other than the Mahua beverage, nothing else is intoxicating in the least, however, such is the power of suggestion that when the ingredient in the recipe is disclosed, many diners an inhabited about tasting these preparations. However, fish marinated in marhi (local rice wine from Jharkhand) plated by a 'son of the soil' chef proved to be quite a hit in Thailand and Mauritius. HomeLifestyleFrom Bhaang ki chutney to hash brownies, here's a list of edibles from across India