HomeLifestyle Did you know late Queen Elizabeth II taught Michelle Obama a life lesson? here's what she advised the former first lady of the United States of America

Did you know late Queen Elizabeth II taught Michelle Obama a life lesson? here's what she advised the former first lady of the United States of America

The recently released audiobook Queen of Our Times: The Life of Elizabeth II reveals many secrets of the longest-serving monarch

Queen Elizabeth II, the longest-serving monarch and a global phenomenon was known for her worldly wisdom, style and wit! The Queen, in her tenure as a monarch met many dignitaries and everyone who met her admired her deeply. One of them was the former first lady of the United States of America, Michelle Obama. The latter wrote in her memoir 'Becoming' that the two bonded over 'sore feet' and 'long receptions' and had a long chat. She fondly wrote, ‘Just two tired ladies oppressed by our shoes’. ‘Our friend, the Queen’, the woman who ‘reminded Barack of his no-nonsense grandmother’ and who taught the First lady a lesson for life - ‘Over the course of many visits, she showed me that humanity is more important than protocol or formality.’

The incident is a part of an audiobook, Our Times: The Life of Elizabeth II written by Britain's leading author and documentary filmmaker Robert Hardmen featuring the most famous women in the world who has gone through good times and bad for longer than most people have been alive. The audio book is available on Audible. Here are six six fascinating facts about Queen Elizabeth II that you probably didn't know and are worth listening to!

The Queen's nickname was Little Lilibet: 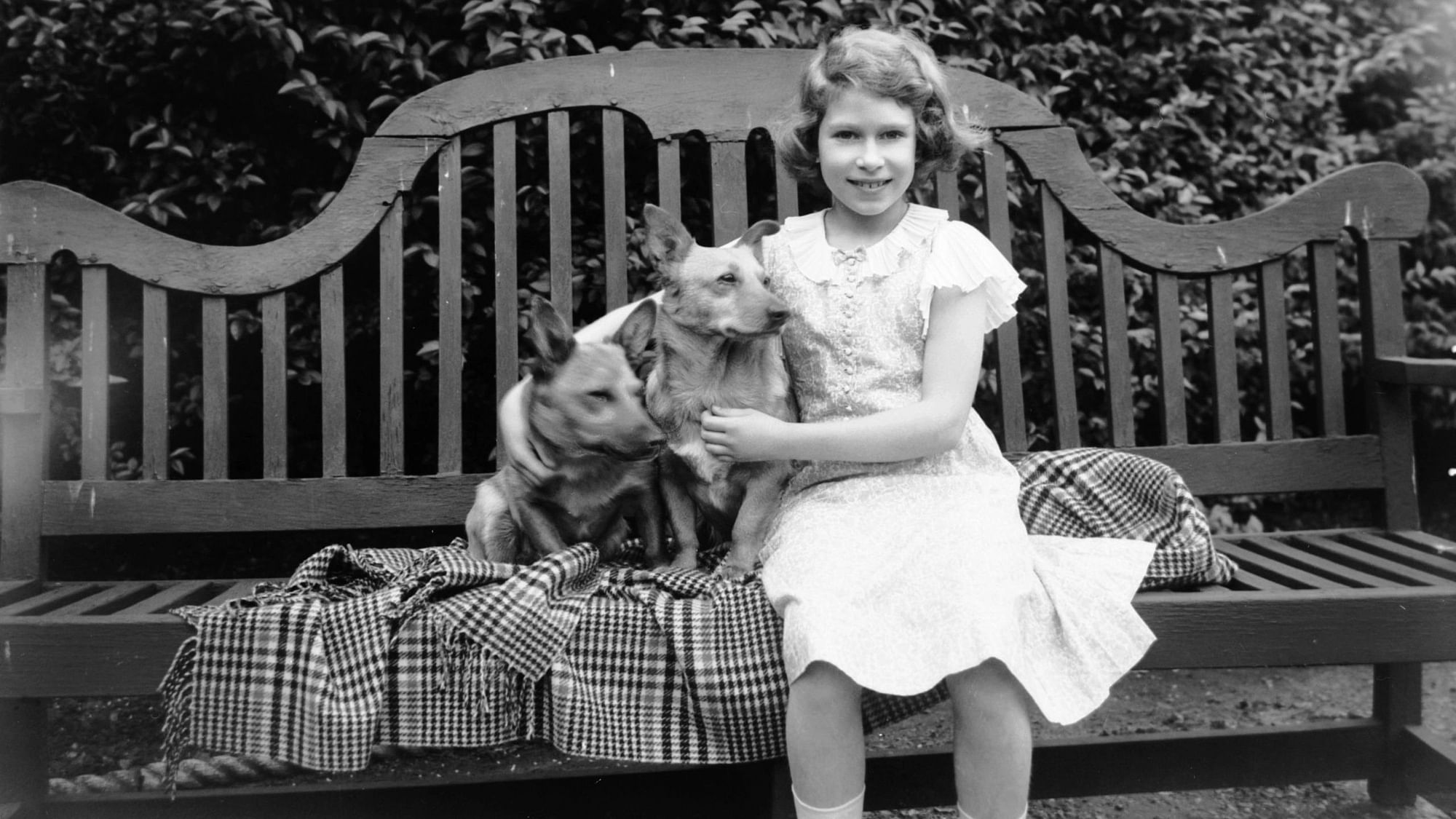 George V (Grandfather of the Queen) has been credited with inventing the Princess's lifelong nickname. When the Queen was born, she was called Elizabeth Alexandra Mary Windsor of York, in honour of her mother, paternal grandmother and great-grandmother. "Though others say that it was her own variation on her original name for herself – 'Tillabet'. Either way, 'Lilibet' stuck." says the author and narrator of the audiobook. 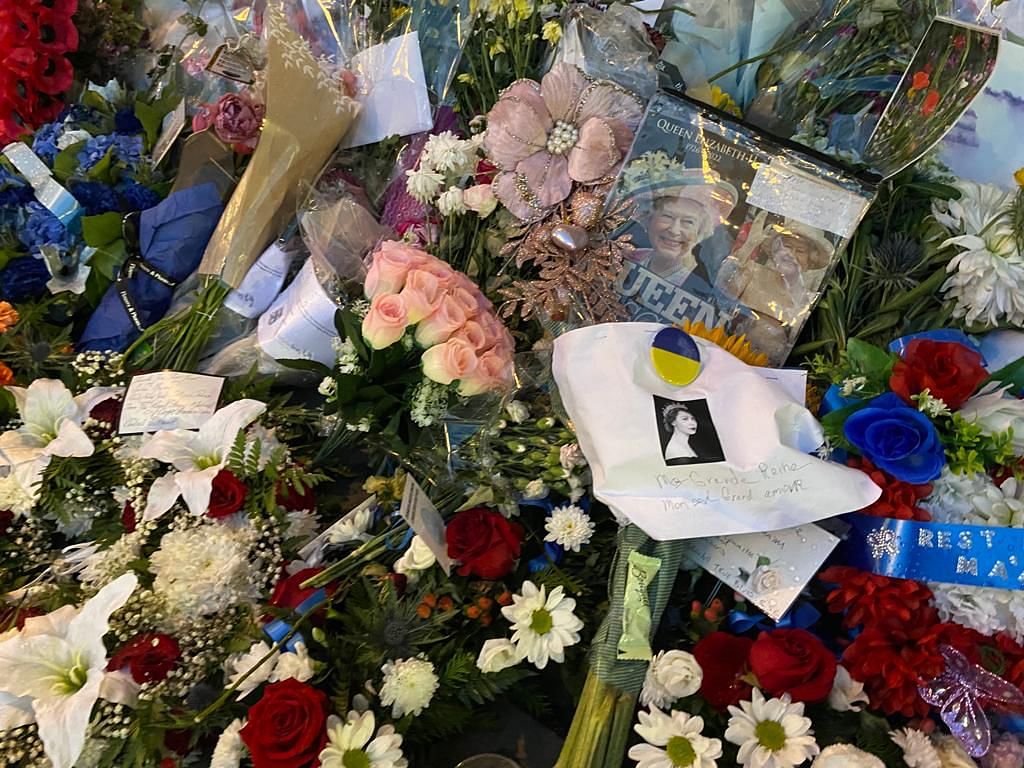 The Queen's most favourite royal was her grandpa (George V): 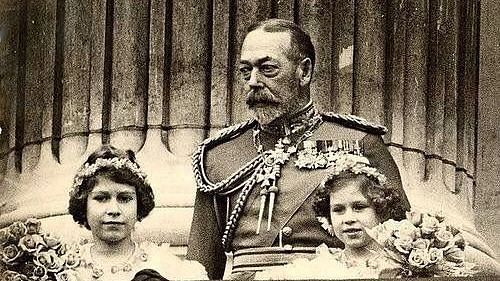 The Queen loved her grandfather immensely. She is also said to have invented her own aﬀectionate name for the King: 'Grandpa England'. According to George V's biographer, Kenneth Rose, "There was still a degree of formality to their relationship. On bidding her grandfather goodnight, Elizabeth would reverse towards the door, curtsey and say, 'I trust Your Majesty will sleep well.’” The Queen also told Elizabeth Longford (a British historian) that "We were much too frightened of him to call him anything other than "Grandpapa".

The Queen once decided to not have anymore dogs: 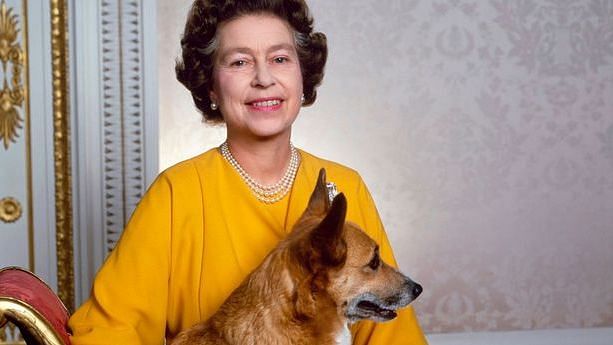 The Queen was widely known for her love for dogs, specifically Corgis and Dorgis and has owned over 30 dogs in her lifetime. The audiobook also mentions, "Shortly before her (Queen) the ninetieth birthday, she decided that she would not have any more dogs in future as she did not want any pets to outlive her.” 'She said for ages that she didn't want any more dogs,' as the Countess of Wessex recalled. "After the death of her pet dog Willow in 2018, she was without a corgi for the first time since childhood." Countess of Wessex further adds, "The decision was overturned during the lockdown when she took on two new puppies, a corgi and a dorgi."

The Queen fell in love at first sight: 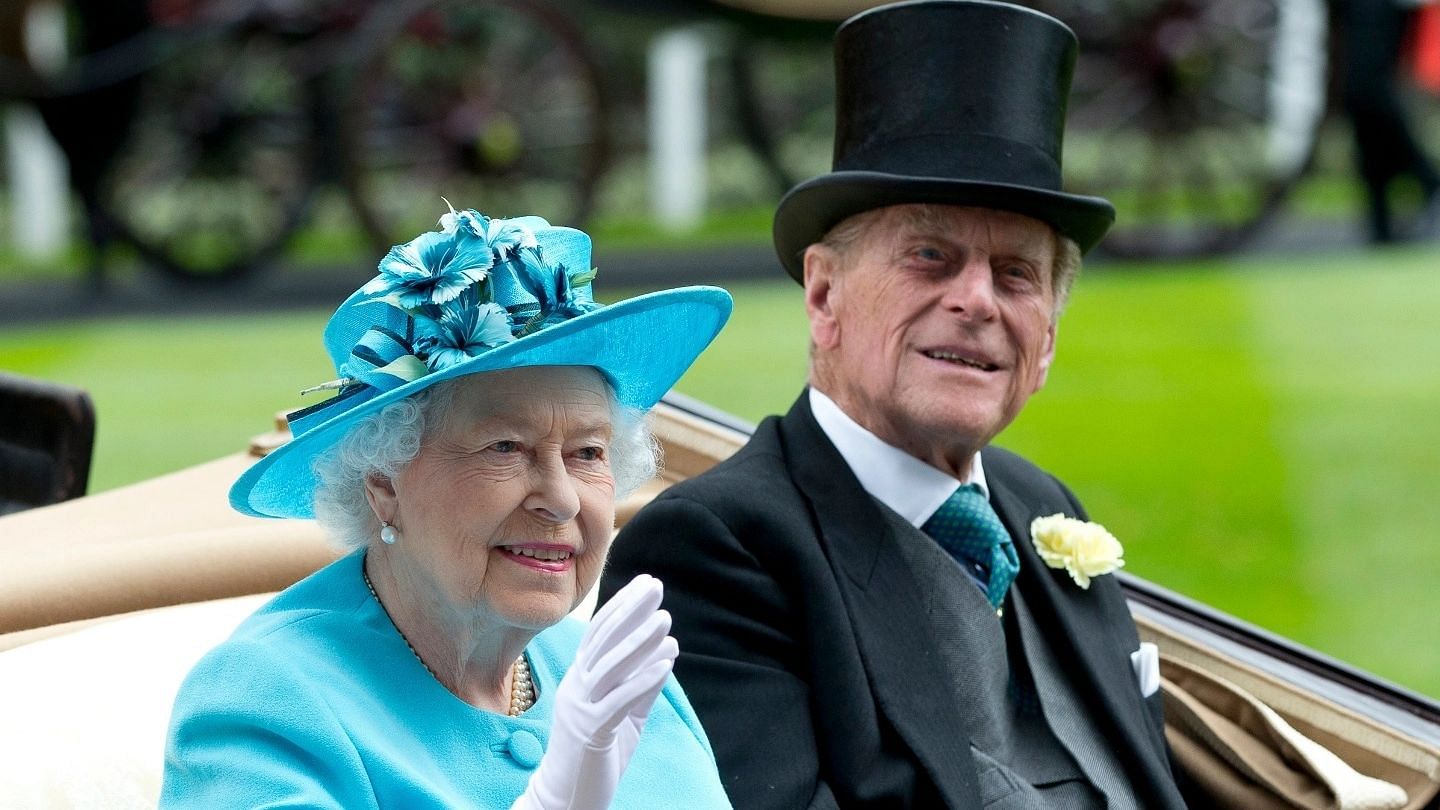 John Wheeler-Bennett’s biography of George VI states, 'Prince Philip is and was the man with whom Princess Elizabeth had been in love from their first meeting.’ For obvious reasons,the wedding was a landmark moment and it is widely held to be the first time that Princess Elizabeth encountered Prince Philip of Greece, a cousin of the bride. After many successful years of marriage, ‘‘I think the main lesson that we have learned is that tolerance is the one essential ingredient of any happy marriage. You can take it from me that the Queen has the quality of tolerance in abundance.” shared the narrator as per his conversation with Prince Philips. 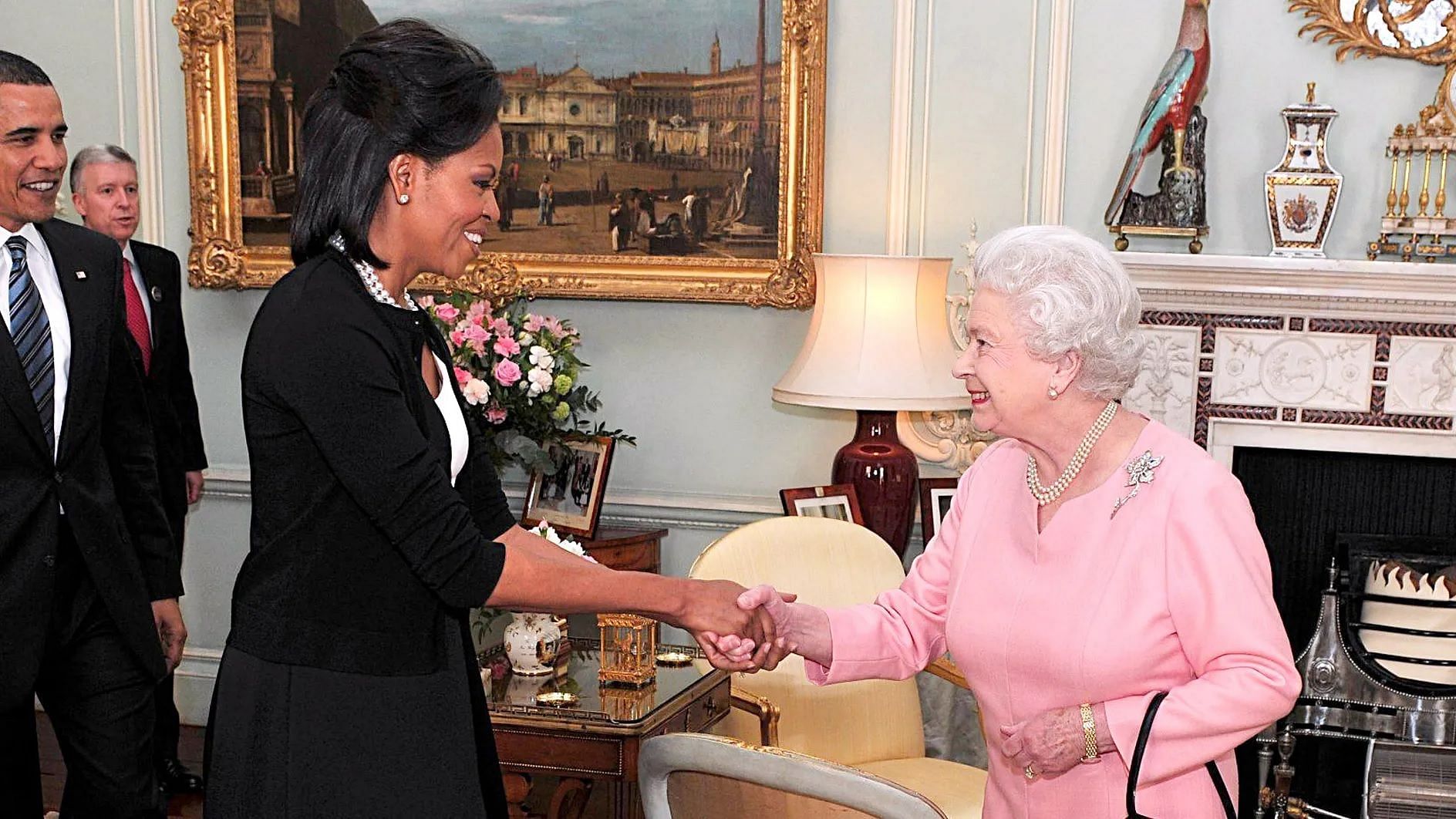 On their first informal meeting, the Queen and Michelle Obama bonded over a chat about ‘sore feet’ and ‘long receptions’, saying ‘Just two tired ladies oppressed by our shoes’, the First Lady Michelle Obama wrote fondly in her memoirs and captured in the audiobook as well. ‘Our friend, the Queen’, the woman who ‘reminded Barack of his no-nonsense grandmother’ and who taught the First lady a lesson for life - ‘Over the course of many visits, she showed me that humanity is more important than protocol or formality.’ 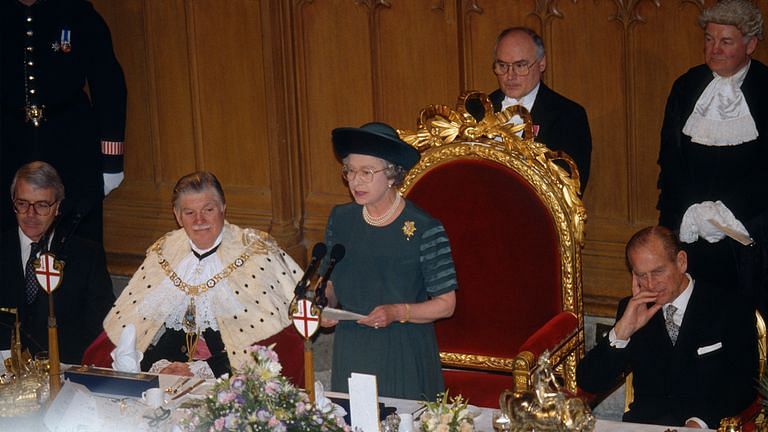 On the morning of 20 November 1992, a builder’s lamp had set fire to a curtain in Windsor Castle’s private chapel and by nightfall, much of the Queen’s family home was in ashes. This unfortunate incident had come during the same year in which the Queen had seen the marriages of her three eldest children collapse. A mere four days later, the Queen attended a long-planned civic luncheon at Guildhall in the City of London to mark her forty years on the throne and she stated that ‘Nineteen ninety-two is not a year on which I shall look back with undiluted pleasure. I, sometimes wonder how future generations will judge the events of this tumultuous year. I dare say that history will take a slightly more moderate view than that of some contemporary commentators,’ of my more sympathetic correspondents, it has turned out to be an “annus horribilis”.