The video of the incident is of June 20, 2021 and it went viral on social media on Friday. According to the sources, the birthday party was organised at the farm house of smuggler Babu Sindhi.
Staff Reporter 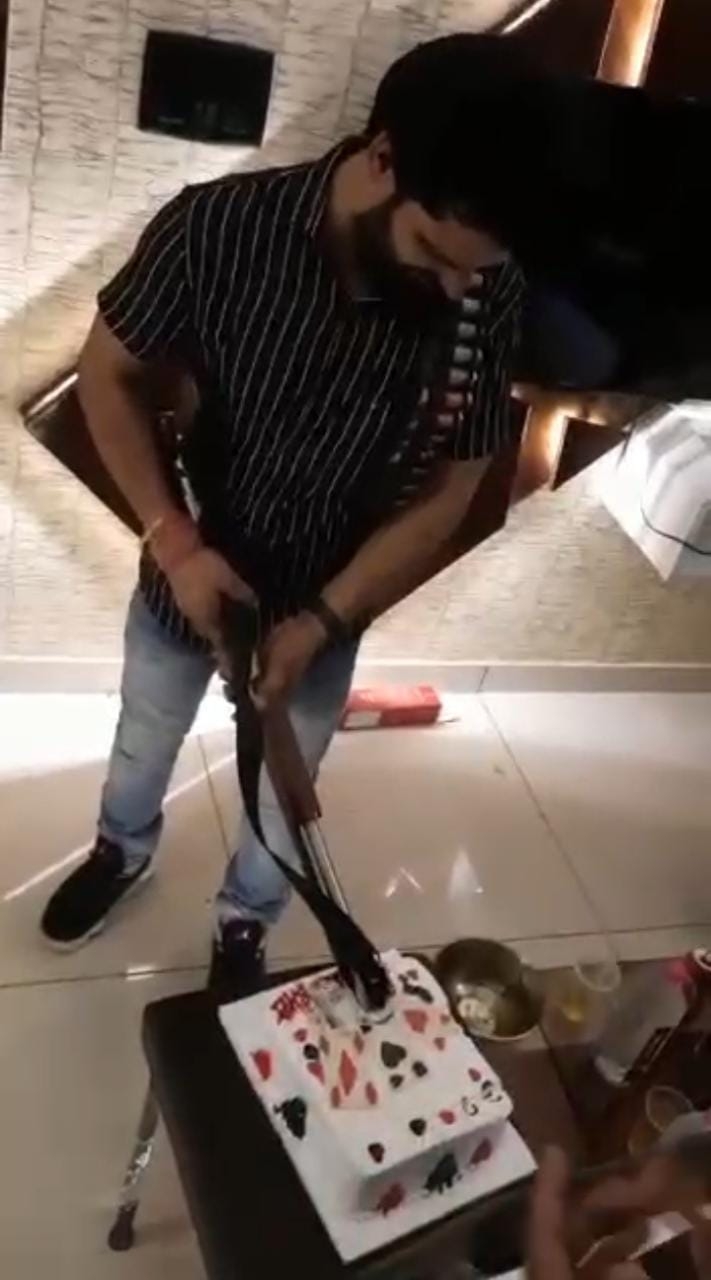 The video of the incident is of June 20, 2021 and it went viral on social media on Friday. According to the sources, the birthday party was organised at the farm house of smuggler Babu Sindhi.

In the video, Dewas district policeman Pankaj Kumawat and other policemen were spotted drinking beer at a birthday party.

Notorious criminal Babu alias Jaygurudev cut his birthday cake from inspector Narendra Singh Thakur's 12 bore rifle. The policemen of Dewas district were also present in the smuggler's birthday party. The videos is of June 20, 2021 and later it went viral on social media. pic.twitter.com/GrfKqHAc8E

TI Narendra Singh Thakur has been in-charge of the police station in Neemuch City police station area for a long time and constable Pankaj Kumawat has also been posted there.

According to the sources, both TI and constable were kind to Babu. They never took action on Babu's activities. Sources also reveal that both TI Thakur and constable Pankaj Kumawat were playing the role of partners of Smuggler Babu.

The team of Central Narcotics Bureau took action on Babu Sindhi on August 26, since then constable Pankaj Kumawat is missing from his police duty in Dewas district.

A few days ago, a video of constable Pankaj Kumawat surfaced in which he was blowing up Rs 500 notes at smuggler Babu’s birthday party. After that the Dewas Superintendent of Police (SP) had suspended the constable.

Now, videos of notorious smuggler Babu cutting cake with TI Thakur's gun have surfaced on social media which raised questions on the functioning of the police department.

The video has, however, reached the top officials of the police department.