Jitu Shares records of land owned by Yadav and his kin; BJP terms him an outsider

Ujjain: Tug of war over city’s Master Plan, 2035 does not seem anywhere near over. As if the fireworks which were witnessed during the claims and suggestion meet for the Master Plan and the subsequent controversies were not enough to raise questions over its objective, now, Congress leader Jitu Patwari has thrown his hat in the ring.

He opened a front against the Cabinet minister Mohan Yadav and tore into his arguments at a press conference. His focused his allegations on the diversion of land in Sanwarakhedi, Jiwankhedi and nearby areas which is owned by Yadav and his kin.

Taking dig at Yadav, Patwari said that on moral grounds. Yadav should have kept himself apart from the Master Plan Committee as he and his family member own agriculture land in Sanwarakhedi.

As per reports the committee has completed its hearing on claims and objections related to the Master Plan. But manner in which the meeting was held has led to a controversy.

The decision to change the land use of agriculture land in Jiwankhedi, Sanwarakhedi and Daudkhedi to residential purpose attracted a lot of ire, during the meet. The matter seems to be far from over.

Now state media head of Congress Jitu Patwari has accused Mohan Yadav of tampering with the Master Plan to serve his own vested interests.

Patwari alleged that Yadav hatched a conspiracy to get his agriculture land diverted under the pretext of master plan.

Patwari alleged every decision of Yadav pertaining to the city’s Master Plan is but to benefit himself, his family members and his supporters including the builder lobby. He did not even pay heed to any of the 400 or so objections which were made against the diversion of land.

Patwari said that for the benefit of the people the city, legacy of the city and to safeguard the welfare of saints’ community Congress will fight against the present form of Master Plan. He declared that he will take up the matter with CM Shivraj Singh Chouhan and will also seek legal recourse to challenge the Master Plan, 2035.

Shares records of land owned by Yadav and his kin

Meanwhile city's BJP unit termed Congress leader Jitu Patwari an outsider, on Saturday. District BJP head said that he is unnecessarily meddling into city’s affair. Joshi was criticising Jitu Patwari for his attempt to meddle in the controversy over city’s Master Plan-2035.

BJP district media head Sachin Saxena told that Indore-based leader’s interference will not be tolerated by the people of the city. Taking dig at Patwari Joshi further declared that that he should also take cognisance of illegal colonies developed by Congress leaders of the city. Ex-MLA Rajendra Bharti said that the residents of the city and leadership is quite able to take decisions in the interest of the city. 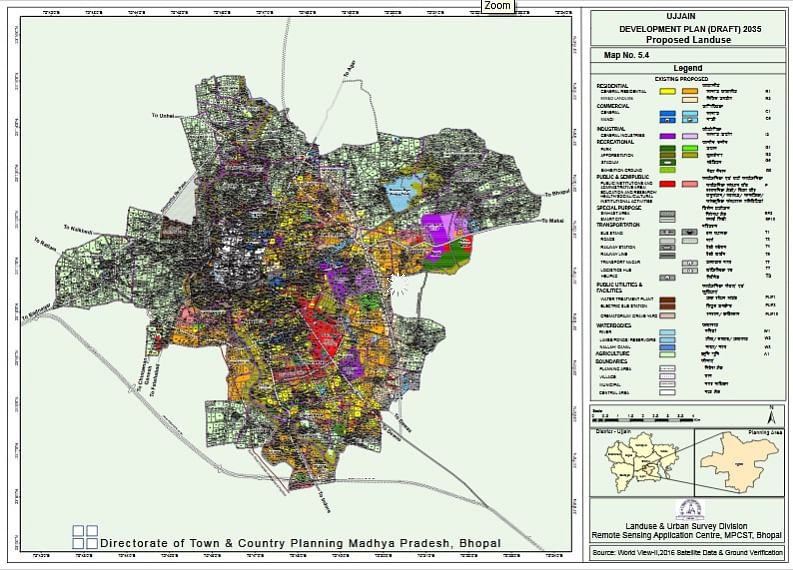