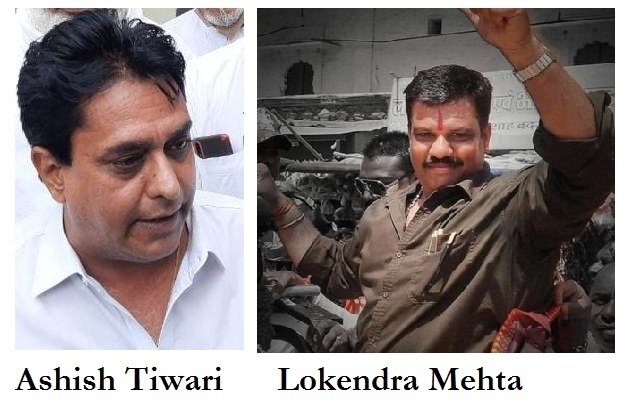 Ujjain: The court premises here on Tuesday witnessed exchange of blows between the lawyers over the extension of the legal aid to the accused who allegedly raised pro-Pak sloganeering in Ujjain.

The chaos on the court premises lasted over an hour as Lokendra Mehta, district president of BJP Law Cell manhandled advocate Ashish Tiwari, who is representing the alleged accused.

On Monday advocate Ashish Tiwari accompanied the delegation of Muslim community that went met the SP. There, Tiwari had asked the SP to order a forensic investigation of the video. Later Tiwari told media that police did not follow the IT Act before registering the case. As per law, the police had to conduct a forensic examination of the video before filing a case.

On Monday itself, district president of BJP Law Cell Lokendra Mehta had given a letter to the president of the Advocates' Union, Ashok Yadav- demanding that legal aid should not be provided to those who raised anti-national slogans.

When Mehta and Tiwari came face to face on the court premises on Tuesday, they got into an argument and it turned into a scuffle. Soon many other advocates also joined the fight.

Advocate Ashish Tiwari reached the Madhavnagar police station and lodged a report alleging that Mehta and his aides started a fight by saying that why are you advocating on behalf of Muslims. Tiwari alleged that these three persons are leaders of BJP and not lawyers.

While Mehta alleged despite the gravity of the allegations Tiwari is defending the persons accused of por-Pak sloganeering. He was called for talks. But he and his aides started raising slogans and it led to an argument with Ashish Tiwari which turned into a scuffle.

“A settlement was reached among Tiwari and Mehta in the evening ,” said union president Ashok Yadav.