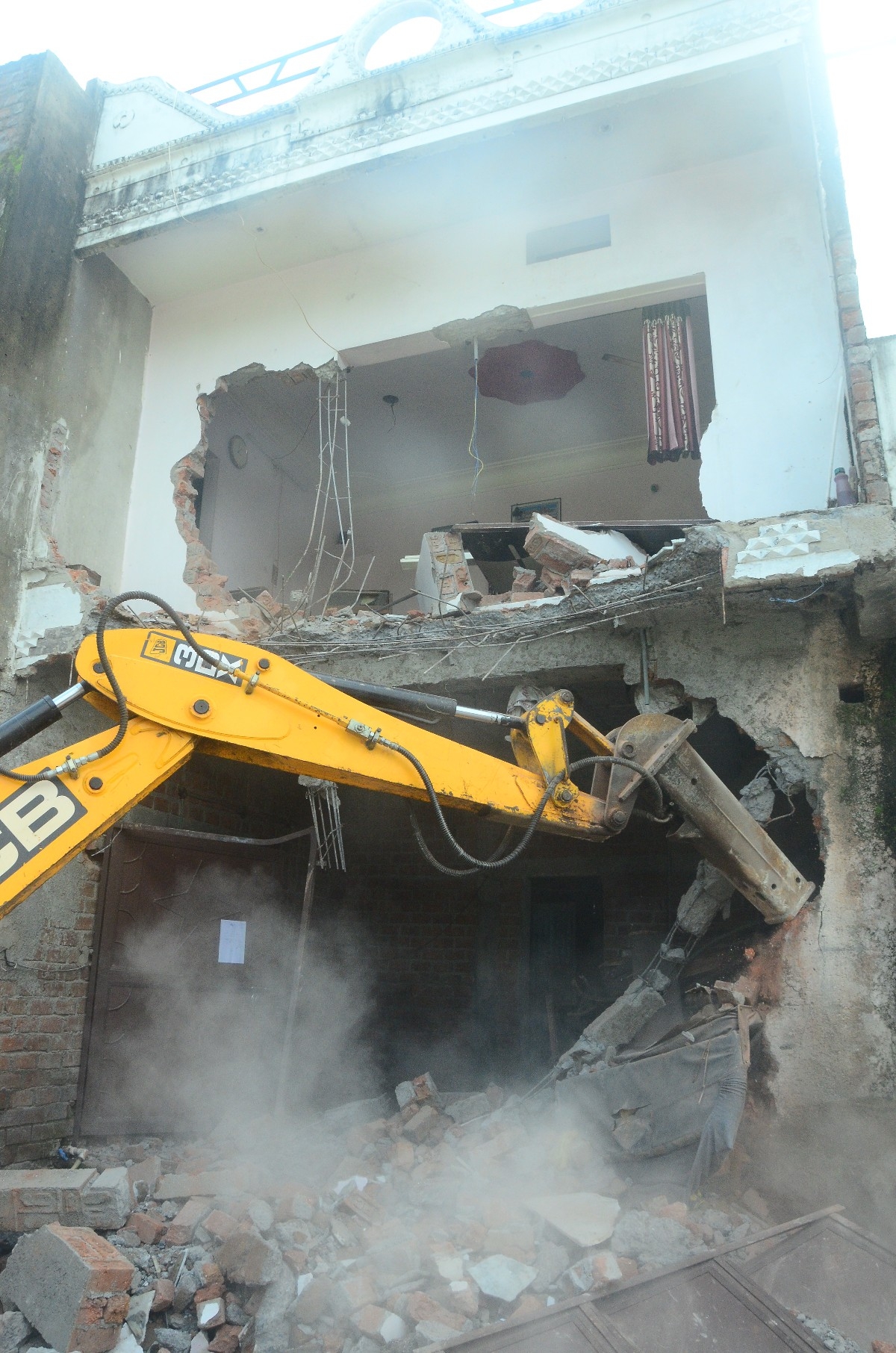 Ujjain: The house of history-sheeter Shehenshah of Mullapura, who committed 38 crimes such as selling illegal and poisonous liquor, beating, threatening, snatching money from people- was demolished by the local administration team on Thursday. Shehenshah spelt terror for anyone who raised voice against him.

The crime spree of Shehenshah become a nuisance for the police. So the administration decided to demolish his house. A team of the Municipal Corporation reached to break the two-storey house of the Shehenshah. Police force from 4 police stations: Mahakal, Nilganga, Devasgate and Nagjhiri was deployed in the area. The operation lasted for about two hours left a pile of rubble, of what was once the house of the miscreant.

CSP Pallavi Shukla said that this action is being taken to set right the goons.