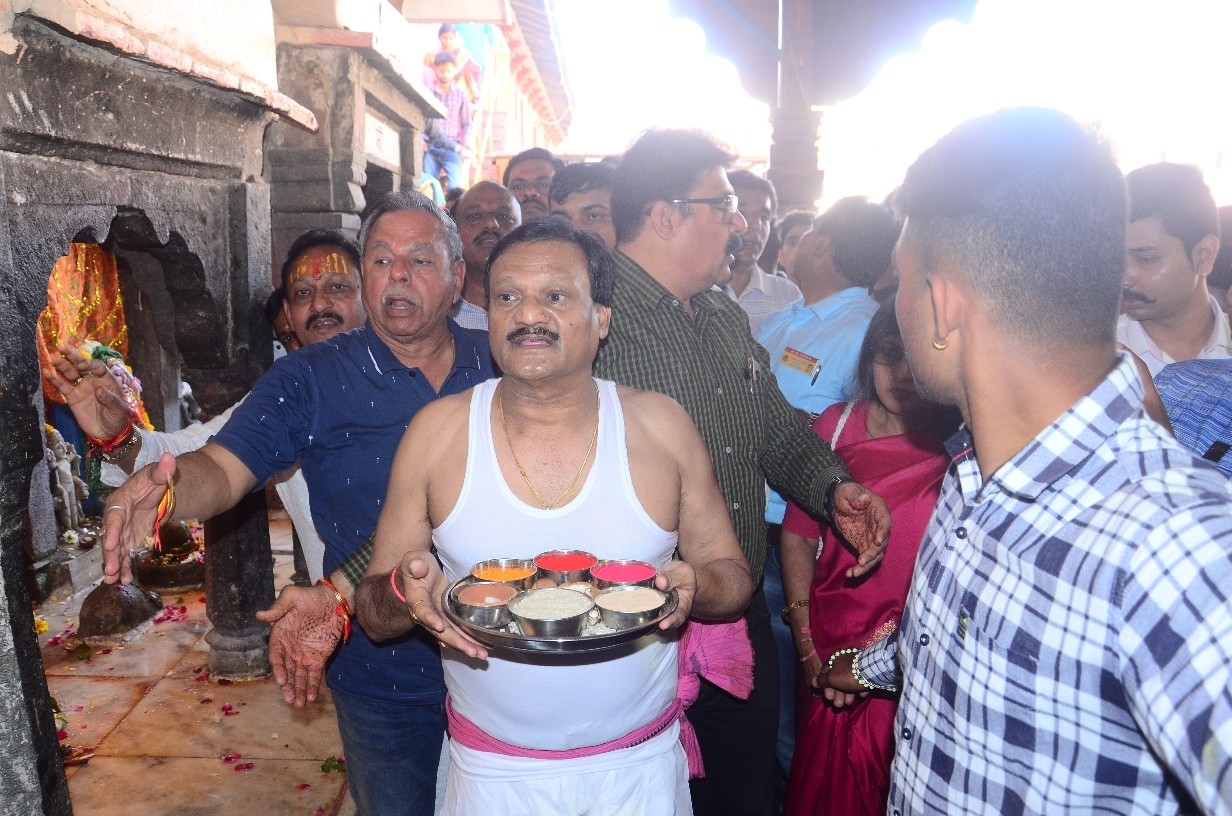 Ujjain: Ujjain district administration and Mahakal Temple Management Committee facilitated the visit of some VIPs, who are prominent leaders of BJP. They were allowed an entry into the Garbhgrah during the bhasmarti early on Friday. The same administration forced the traders in the Mahakal Temple area to close all shops and also closed all the roads around the temple. Senior Congress leader and ex-councillor Maya Rajesh Trivedi levelled these allegations and further accused the district administration and Madhya Pradesh government of allowing the breach of the guidelines of darshan at Mahakaleshwar temple. If the entry of devotees into the temple is closed at the time of bhasmarti, then how some BJP leaders managed to reach inside. This whole episode is highly condemnable. Trivedi further said ex-in-charge minister Sajjan Verma received complaints about the incident during his visit here today. Traders shared their grievances with him. How some BJP leaders were allowed an entry into the garbhgrih? The Chief Minister of Madhya Pradesh should resign on this shameful incident, demanded Trivedi, Daulat Ganj Sarafa Block Congress president Mujib Supari Wala Maharaj Wada Karthik Chowk Congress Committee president Pandit Suman Sharma among other workers of the party.