The collector's promptness rescued the MP and MLA from the crowd.

Incident was reported at the nearby Dharad village, where MP Damor and MLA Makwana returning from Barchapra village after participating in the Birsa Munda Jayanti celebration there.

Scores of JAYS workers sat on the road and stopped the convoy. They were opposing the investment area being built in Ratlam. There was a fierce scuffle between the police and the JAYS workers. The sudden developments caused a chaotic situation in the area as thousands of JAYS workers started protesting in front of the convoy of public representatives. When the police took the front and removed them, then their convoy could pass through.

JAYS workers who raised slogans against the MP and MLA sat on the ground by staging a protest demanding the removal of the investment area. Their allegation was that Damor is the murderer of the tribal and he is not well wisher of the tribal. During this, the Dharad - Mundi road remained jammed for about one hour.

While the protest was going on, someone from the crowd also threw a stone towards the vehicle of the MP, due to which the glass of the vehicle broke.

During the scuffle, all the officers including collector Narendra Suryavanshi, ASP Sunil Patidar, SDOP Sandeep Nigwal, kept trying to save the convoy from the crowd. During this, the security guard of the collector was injured. After half an hour a heavy police force was deployed in the village. 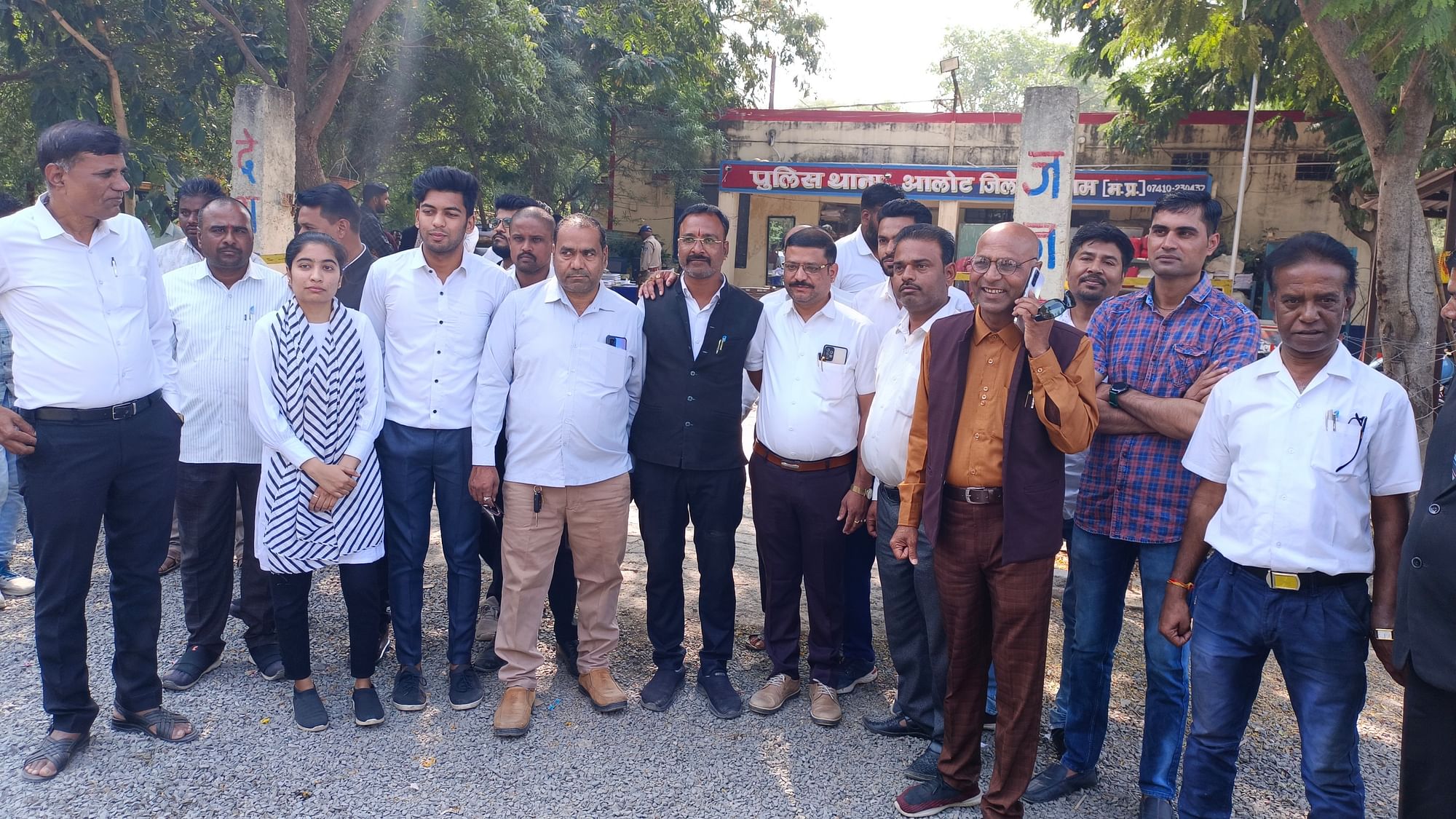