Sanawad police have arrested five accused, including the main conspirator on Monday. Eight accused involved in the murder-cum-loot incident have been held while two more accused are still on the run.
FP News Service 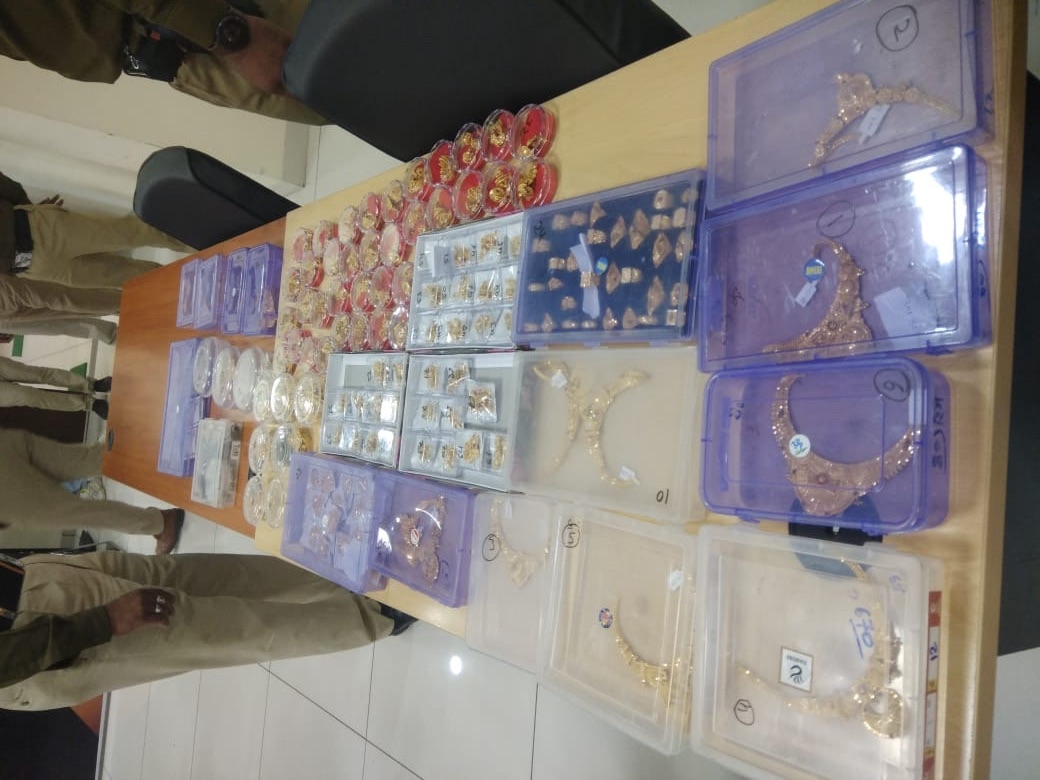 Depalpur/Sanawad (Madhya Pradesh): The main accused of goldsmith murder case was arrested on Tuesday. Police also recovered a booty worth Rs 92 lakh. It includes 1.405-kilogram gold, one pistol, five cartridges and a motorcycle.

He added that that the accused even opened fire at the police team after he was cordoned off at a farm on the outskirt of Depalpur village early on Tuesday.

Sanawad police have arrested five accused, including the main conspirator on Monday. Eight accused involved in the murder-cum-loot incident have been held while two more accused are still on the run.

On December 12, two bike-borne miscreants shot dead one Sheikh Ibadullah, 38, a local goldsmith, when he was on his way to his home at around 10.30 pm. His fellow goldsmiths and family members claimed he had a bag containing gold weighing more than 1.5 kilograms which the accused took away.

After the arrest of five accused, Indore police received a tip about a person waiting for someone near Baroda Panth on Depalpur – Betma road with a bag on a motorcycle.

Depalpur police station rushed to the spot. On spotting the police, the accused tried to flee from the spot. He ran towards a farm but was cordoned off. He was arrested and a bag containing gold was recovered. During interrogation, he told police that he had planned to flee from the town.