HomeIndoreNarmadapuram: Cops posted to one place for long may be shifted

Narmadapuram: Cops posted to one place for long may be shifted

The report cards of all inspectors and those of sub-inspectors have been prepared, but there are a few police stations without a town inspector, he said.

Narmadapuram (Madhya Pradesh): Superintendent of police Gurkaran Singh has said that the inspectors and sub-inspectors posted to various police stations in the district for long time may be shifted.

In a recent interview with the Free Press, Singh said that the new inspectors may be given a chance.

The report cards of all inspectors and those of sub-inspectors have been prepared, but there are a few police stations without a town inspector, he said.

Singh has already given the charge of Kesla police station to Gaurav Bundela. There are chances that the town inspectors of Pipariya, Makhan Nagar, Bankhedi, Seoni Malwa, Pathrota, Itarsi and those of rural police stations would be changed.

Ramsanehi Chauhan has been in Itarsi police station for long time.

A few days ago, Singh dressed down some officers on the wireless set and advised them to improve the law and order situation in their respective areas.

Some town inspectors have been posted to a particular police station since the days of the Congress rule. They have not been shifted even after the change of government.

According to reports, more than two dozen inspectors with good image are waiting for posting.

Singh wants to give an opportunity to those police officials who have come from other districts, and shift those who have been at one police station for long time.

Besides Ramsanehi Chauhan, Santosh Singh Chauhan, Anoop Singh Nain, Hemant Shrivastava, and the in charges of other police stations have been in their respective places for long time.

Former superintendent of police Santosh Singh Gaur shifted a few inspectors during his tenure in the district.

After new collector Neeraj Kumar Singh and the superintendent have taken over the district administration, the residents expect that there would be improvement in the law and order situation. 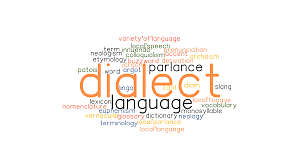