Counting of votes will be done in two halls of Nehru Stadium and there will be 7 tables in each hall.
Staff Reporter 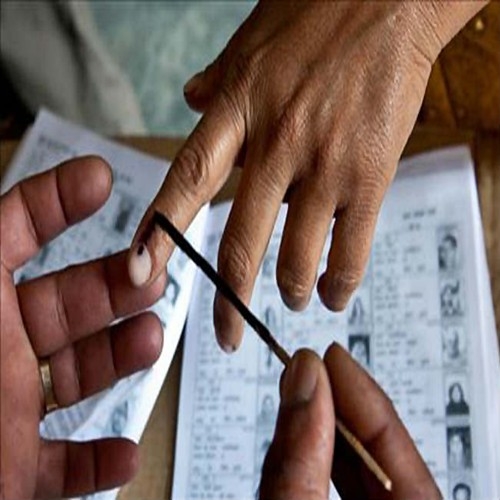 The votes will be counted in 28 rounds on 14 tables. Four additional tables will be set up for counting of postal ballots. Counting parties have been formed and the training of the counting teams will be held on 6 November at 3 pm at the auditorium of Devi Ahilya University, Khandwa Road.

Voting to the Sanwer Assembly seat was held on Tuesday, where the main battle is going to be between BJP candidate Tulsiram Silawat and Congress candidate Prechand Guddu. There are 11 other candidates.

Counting of votes will be done in two halls of Nehru Stadium and there will be 7 tables in each hall. A supervisor, a calculating assistant and a micro observer will be deployed on each table. In this way, the duty of three counting personnel is being put on one table. There will be 42 counting personnel at the 14 tables. Similarly, there will be 4 tables separately for counting of the postal ballots. Each table will have a supervisor, two counting assistants and a micro observer. In this way, 16 employees at 4 tables will look after the counting of postal ballots.
Iron fencings are being installed in two halls for counting of votes. On one side of the counter there will be the actual counting of votes and on the other side agents of the candidates will
sit. Special arrangements have been made for continuous power supply at Nehru Stadium. EVMs have been placed in Strong Room of the Stadium under tight security, where continuous surveillance is also being done through CCTV cameras.


Indore: In view of counting of votes of Sanwer Assembly by-election next Tuesday, the whole day has been declared as a dry day. During this period, the purchase, sale, consumption, transport of alcohol has been completely banned.
Collector and District Election Officer Manish Singh issued orders in this regard on Thursday.
Rajnarayan Soni, District Excise Officer, informed that the order will be effective only on the shops and establishments located in limit of Sanwer Assembly.

All the country liquor shops and foreign liquor shops have been ordered to be closed on that day. During this period, no spirituous, fermented or intoxicating substance or any other substance of the same nature will be sold or distributed in any hotel, restaurant, bar, or any other public and private place.