Meghnagar (Madhya Pradesh): Pradhan Mantri Garib Kalyan Anna Yojana scheme (PMGKAY), and the state government’s CM’s Ration Aapke Gram Yojana got a major blow in the tribal-dominated Jhabua district as a large chunk of the beneficiaries in the area are not getting a share of grains, thanks to low server connectivity in remote areas. Notably, both schemes are meant to address the food needs of the poor by distributing free grains, but 21 per cent of the total beneficiaries in the district have yet to get October month’s grains, while lakhs of beneficiaries are deprived of November’s grains even the month is coming to an end. Hundreds of beneficiaries who were waiting to get grains outside fair price shops claimed that they are running from pillar to post to raise their plight, but to no avail. District has 2.28 lakh beneficiaries There are more than 2.28 lakh eligible beneficiaries in the district, who are distributed grains every month from government ration shops run by various cooperative organisations - self-help groups. The government distributes free grains to more than 80 per cent of the population of tribal-dominated Jhabua. With an average of 4 members in these families, more than 9 lakh people in the district are provided 5 kg Pradhan Mantri Garib Kalyan and 5 kg Chief Minister Ration per member from government ration shops. FPS owners afraid of opening shops The PoS machines in the area are not functioning thanks to low server connectivity for the last 20 days. The vendors are neither able to log in nor have any transactions taking place in it. 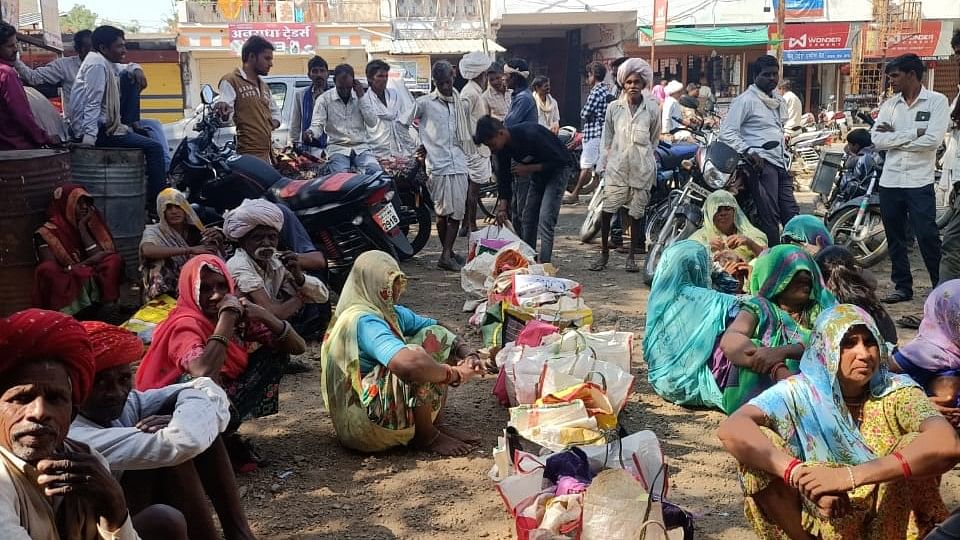 As a result of this, a chaotic situation prevailed outside all the FPSs in the district. Many of the salesmen claimed that beneficiaries are losing their patience, due to which a situation of dispute started to arise between the ration shop owner and the customers. On Wednesday, due to a dispute between a consumer and an FPS owner at the Meghnagar development block, the salesman had to call the police and the situation had to be brought under control. Due to such a situation being created in many villages of the district, the salesmen are also afraid to open their shops. To get grains, the family member has to put his thumb impression in the PoS machine installed at the ration shop twice every month. Due to the server glitch, last month's grains could not be distributed to more than 45k families. While there is a very bad situation regarding the distribution of grains in many development blocks in November, due to server problems, only 19 per cent i.e. about 40k families have been able to get grains in the district so far. Other districts face same situation Not only Jhabua, but many other neighbouring districts including Alirajpur, Barwani, and Ratlam are facing the same problem. Sharing the root cause of the problem, the district food distribution officer-in-charge Lakshminarayan Garg said that due to low server connectivity, there is a problem in distribution of grains in the district. We already made departmental officers as well as technical officers associated with the PoS machines aware of the problem. In Jhabua district, 19 per cent of grains have been distributed in November, while in October, 79 per cent of the people were provided grains under Pradhan Mantri Garib Kalyan and Chief Minister's ration distribution scheme. 392 ration shops in the district There are 392 ration shops in Jhabua district for the distribution of grains to eligible beneficiaries. Wheat, rice and salt along with kerosene and sugar are supplied from these shops as per eligibility. The glitch in server was also discussed in VC, which was assumed to be fixed soon, but there is no possibility of any solution till the end of the week. Due to the increasing protest of the people, the salesmen are demanding the distribution of grains, but due to the possibility of disturbances in this, the district administration is not able to take any such decision at present. 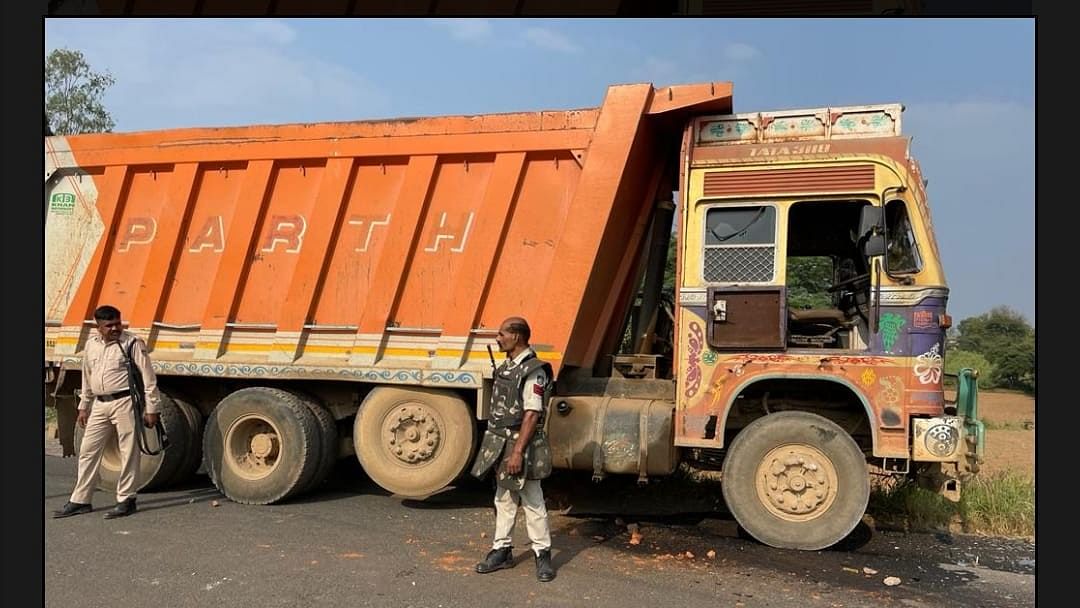