They also took the policeman to a village and kept him hostage for an hour.
Staff Reporter 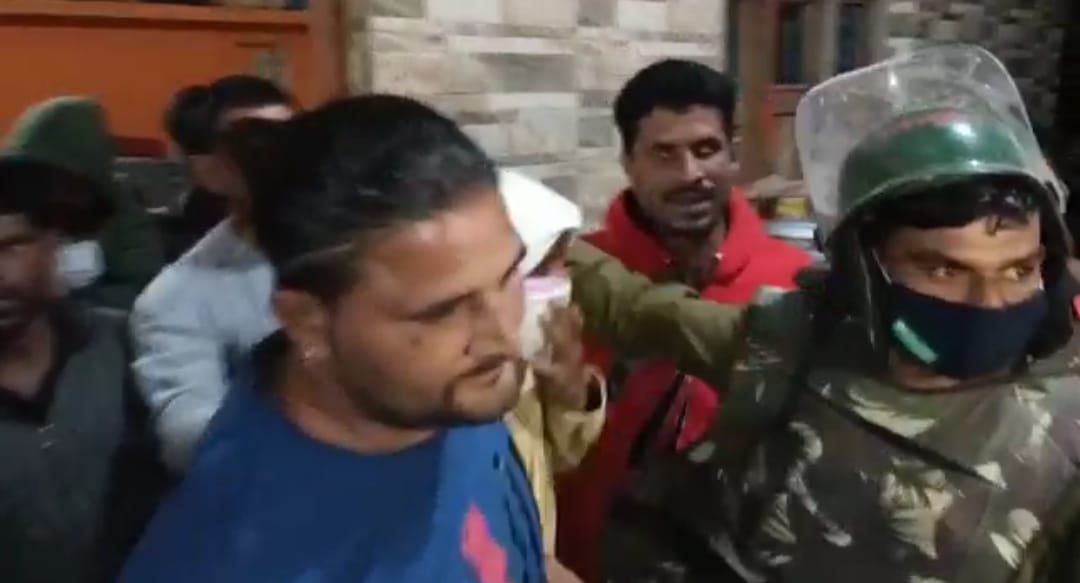 The policeman was being rescued from village |

Khandwa (Madhya Pradesh): The villagers caught hold of a policeman and beat him up for allegedly misbehaving, looting and making obscene video of a man and his sister-in-law in Khandwa late on Wednesday night.

They also took the policeman to a village and kept him hostage for an hour.

The policeman was later rescued by a police team that rushed the village on getting information.

The man and his sister-in-law have lodged a complaint at Kotwali police station against the two policemen accusing them of loot, misbehaviour and making obscene videos.

The complainant, Salaman Khan, a resident of Bhandariya village, claimed that he along with his brother Farukh and his sister-in-law was heading towards the village when two policemen identified Amit Chouhan and Sanjeet Kumar stopped them on the pretext of checking vehicle’s documents.
Khan claimed that the duo policemen took him and his sister-in-law to a desolate place where they misbehaved and robbed Rs 50,000.

On getting information, a large number of villagers from Bhandariya village rushed to the spot and caught hold of one of the policemen identified as Amit Chouhan, while another policeman Sanjeet Kumar managed to escape.

The irked villagers bashed up to Amit and took him to their village, where they kept him hostage.

Superintendent of police (SP), Khandwa, Vivek Singh said that an investigation weighing all aspects had been started and action would be taken against whosoever would be found guilty.