The accused allegedly confessed to snatching three gold chains from the women in the Annapurna area, Malharganj, and Aerodrome area. The police have seized 3 gold chains worth Rs 1.25 lakh from the accused.
FP News Service 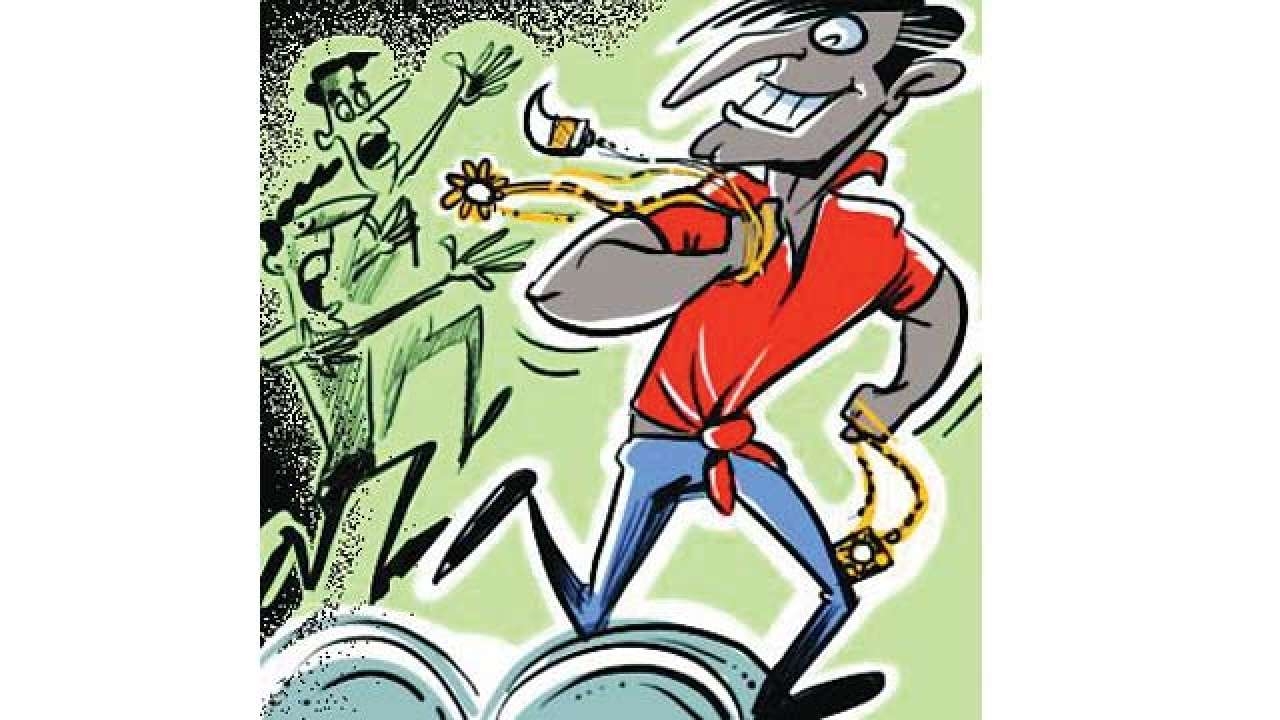 Indore (Madhya Pradesh): Annapurna police arrested two persons for chain snatching in the city on Saturday. One of the accused had been arrested by Gujarat police in connection with a robbery case there and was brought to Indore on a production warrant. Both are being questioned by the police for other similar incidents.

According to Annapurna police station in-charge Gopal Parmar, on the instruction of the senior officials, a team was constituted to trace the accused involved in chain snatching in the area. The team searched many CCTVs near the spots and managed to identify some suspects. Due to the hard work of constables, Jitendra and Dharmendra police arrested Zulfikar Ali of Swarnabagh Colony and Aslam Khan of Bhusamandi area of the city.

Zulfikar had been arrested by Gujarat police for his alleged involvement in a robbery case and Indore police brought him to the city from Gujarat on a production warrant. Following the lead given by the police, his accomplice Aslam was arrested from the Khajrana area.

The accused allegedly confessed to snatching three gold chains from the women in Annapurna area, Malharganj and Aerodrome area. The police have seized 3 gold chains worth Rs 1.25 lakh from the accused. The accused were earlier booked by the police for their involvement in criminal activities. Zulfikar has 19 criminal cases registered against him.

SP (west) Mahesh Chand Jain will award the police team with Rs 10,000 for their excellent work.