Indore (Madhya Pradesh): A man was stabbed to death during a brawl over a bike collision in Madhya Pradesh's Indore district, the police said on Saturday.

The incident occurred on Friday night in Chhoti Khajrani locality under MIG police station limits in the district.

The deceased was identified as Tushar Sengar (35), a resident of Pipliya Kumar Ring road area here. Tushar used to work in a micro-finance company in the district.

MIG police station in-charge Ajay Verma said, "Tushar along with his employee came to Chhoti Khajrani area to collect payment at around 10:30 pm on Friday. During this, an auto rickshaw hit Tushar's Activa, as a result, Tushar asked him to stop. After that four people Golu, Adil and two minors surrounded him and stabbed him with a sharp-edged weapon." "As soon as the incident occurred, Tushar informed his father, Rahul Sengar about the matter. On getting the information, he rushed to the spot. The accused also pelted stones at him and he sustained injuries in the incident. Later, Rahul Sengar took his son to a nearby hospital but the doctors declared him dead," Verma said.

The accused Golu and Adil are habitual criminals and there have been various cases registered against them in the past. The police registered a case against them and started a search operation to arrest the accused, Verma added. 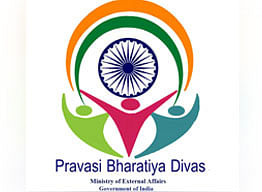