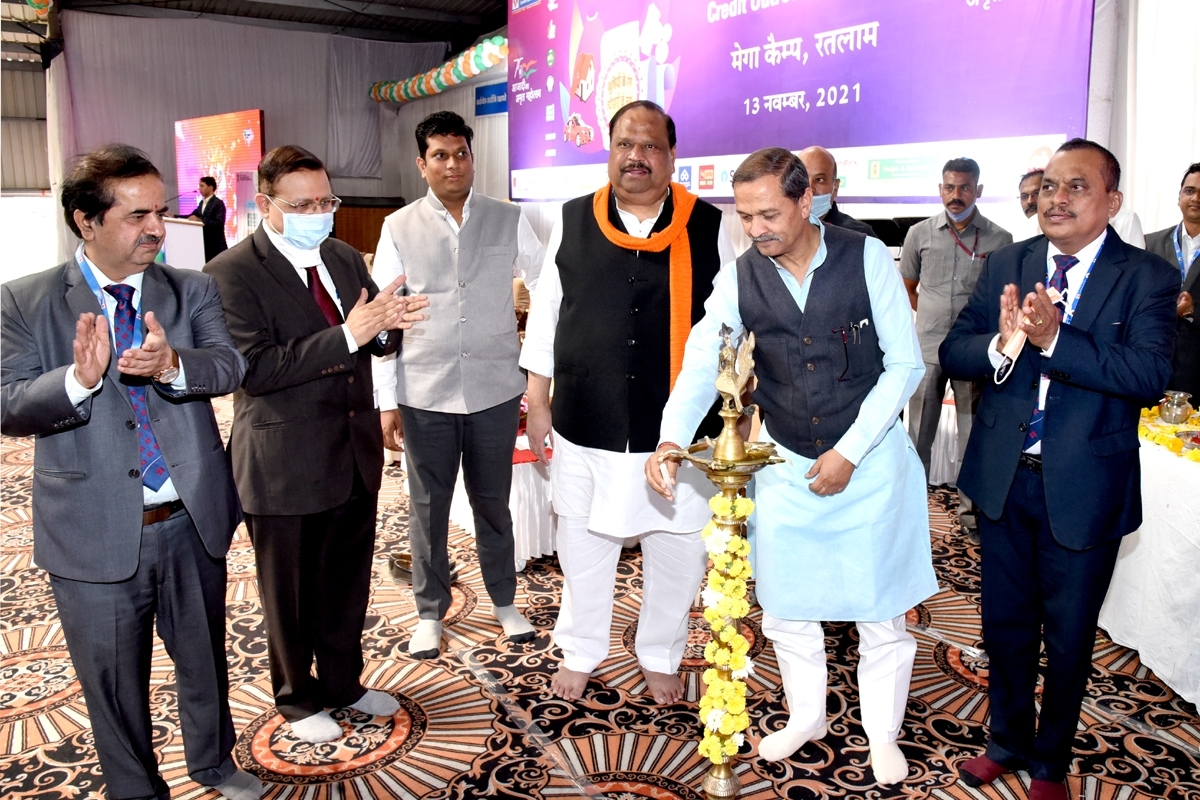 Ratlam (Madhya Pradesh): Under credit outreach drive a mega camp was organsied here on Sunday in loans of Rs 143.36 crore were distributed under various welfare schemes. Chief guest of the programme was micro and small industries minister Om Prakash Saklecha.

Sakhlecha said that under the leadership of Prime Minister Narendra Modi every section of the society is now on the path to progress. He said that the concept of zero balance account made the banking inclusive.

He mentioned about welfare schemes launched by the PM Modi. CMD Central Bank of India M V Rao said that Government of India has commenced many programmes to give boost to the growth of economy through banks.

He said that under credit outreach programmes will be organised in all 52 districts of the state to boost the small scale activities which were affected due to Covid-19. He said that target of GDP will be achieved in our country due to numerous measures taken by Union government and big role to be played by RBI. He said that in coming period banking industry will give big boost to the economy and country's growth.