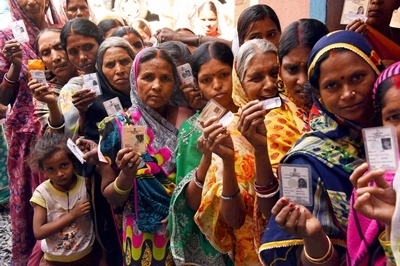 He said that the people of MP want that elections to the rural and urban local bodies are held soon. The elections should held following the rotation method and new reservation process rules and not on the basis of reservation of 2014.

'It seems that the government does not want to conduct the elections rather it wants to complicate the polls,' he added.

Congress has been demanding for a long time that elections for three-tier panchayat and urban bodies should be held in the state at the earliest. More than 20 months have passed since the end of the term of the duly elected bodies.

BJP government is indulging in rampant corruption in the name of development at the district and panchayat-level.

Sisodia said that on November 30, in the presence of the Cabinet minister, it was decided to install the statue of ex-Prime Minister Atal Bihari Vajpayee in the district premises without following due process. The process was stopped due to the intervention of the administration. Such cases have also been reported at other places.

When aggrieved people moved courts regarding delimitation and reservation, suddenly the Panchayat elections were announced. The half-hearted preparation and haste of the Election Commission is incomprehensible.

'On one hand, the reservation of District Panchayat Presidents is being done on December 14 by rotation method by lottery and on the other, the rest of the elections are being held on the basis of reservation for 2014, why? Why rotation method is not being followed? Why are democratic rights of the people of MP being suppressed?' asked Sisodiya.

'The farmers in the state are neither getting fertilizers nor power supply for irrigation, inflation has broken the back of the general public, the public is ready to answer all this in the Panchayat elections,' said Sisodiya.

Soon protest will be lodged at an forum against this decision of the state government.