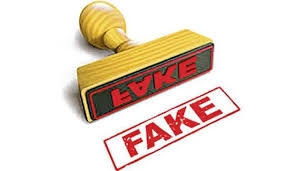 Two persons involved in collecting and analysing samples in Madhya Pradesh's Dhar district have been dismissed from service after some villagers received a message saying they had tested coronavirus positive even though they were never tested, an official said on Wednesday.

"Initial investigation revealed carelessness of a block community mobiliser (BCM) and a technician. Possibly, samples collected from some other persons got mixed with the test kits sent in the name of persons who never submitted their samples," he said.

Services of BCM Bachchan Mujalda and technician Guman Singh have been terminated with the immediate effect, the collector said.

He said a Sub-Divisional Magistrate (SDM) has been sent for investigation.

One of over 12 villagers, who was informed on Monday to have tested positive for coronavirus, said he was in Bhopal when samples were being collected in Tana village.

The sacked technician Guman Singh claimedresidents of various villages have been complaining since long about the incorrect results of the collected samples.

When asked about the incident, he said 20 test kits without swab samples had been sent to laboratory.