Police have appealed to local residents to provide information about anti-social elements and assured them that their identities will not be disclosed.
Staff Reporter 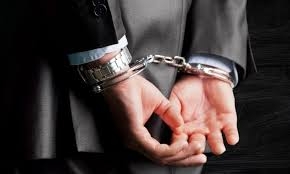 Neemuch: A case has been registered against Mohammad Hussain, son of Chand Khan Mewati, under National Security Act, for being involved in serious anti social and criminal activities. He is the resident of Kaachhi Mohalla in Manasa.

According to district collector Jitendra Singh Raje and Superintendent of Police Manoj Kumar Rai, Mohammad Hussain has been arrested and the process of sending him to Indore Central Jail is underway.

The residents of the area never lodged a complaint against him as they were afraid of the accused. The accused attempted to disrupt communal harmony and peace. On November 15, when Diwali festival was on, the idol of Lord Bhairav, was damaged. The police acted immediately and arrested Hussain in this connection.

Neemuch police have appealed to local residents to provide information about anti-social elements and assured them that their identities will not be disclosed.