Madhya Pradesh CM Shivraj Singh Chouhan replies to Kamal Nath's letter over the Congress leader's "item" remark. "I believe you should tender an honest apology... Learn to love people of the state. Despite you not belonging to MP, its people are trying to accept you," it reads. 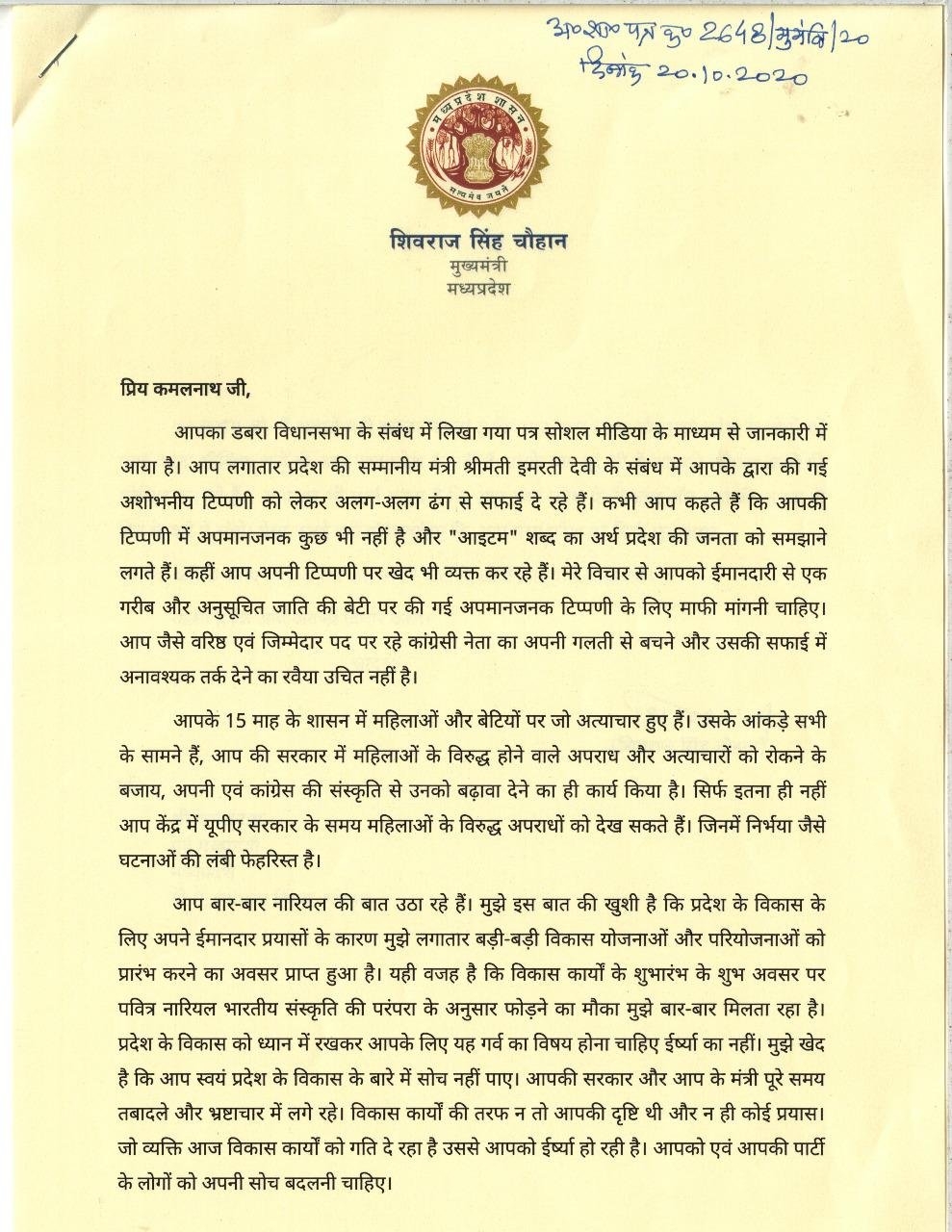 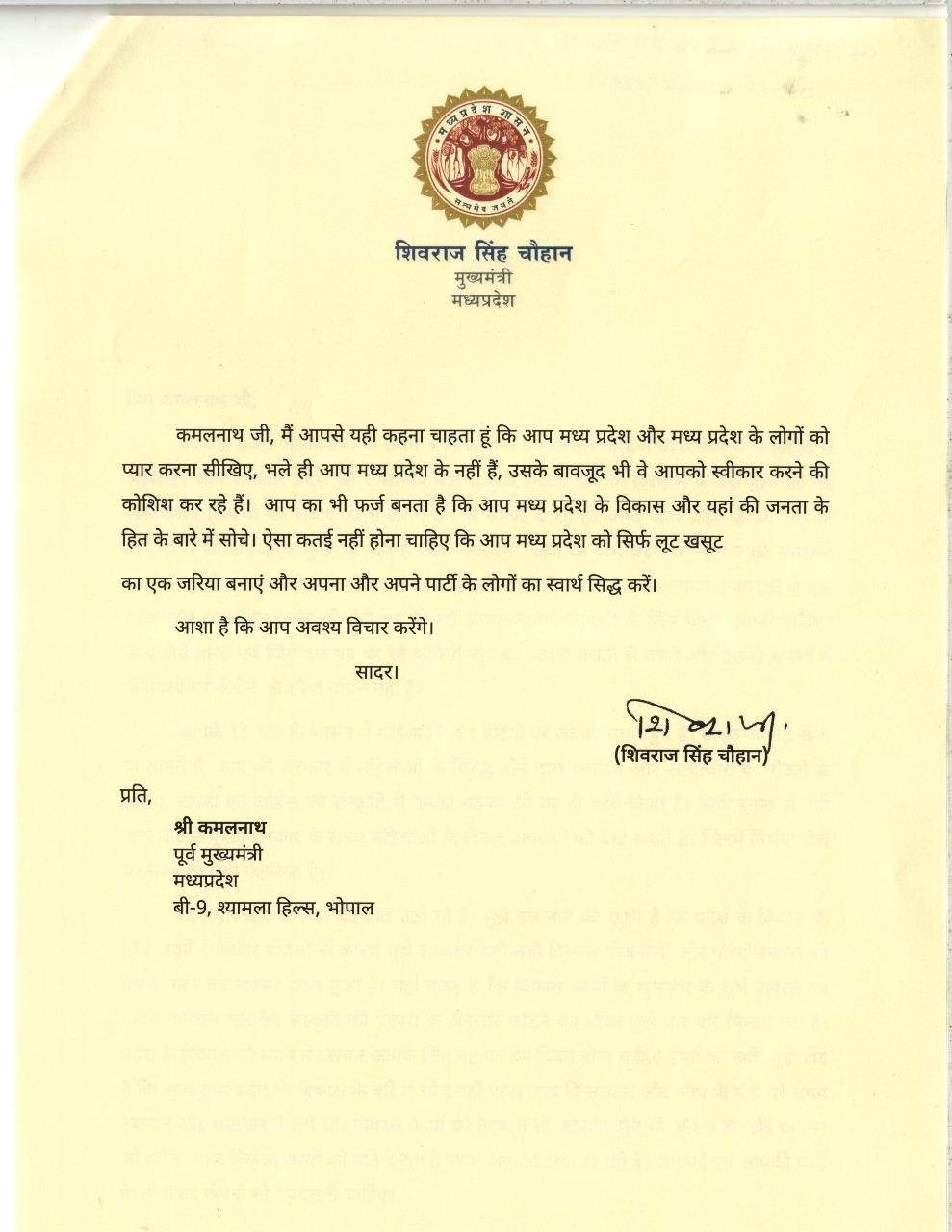 Kamal Nath's letter to Chouhan was written after the latter had written to Congress interim president Sonia Gandhi over the incident in which the former CM had made the 'item' remark against a female BJP candidate for the upcoming by-polls in Madhya Pradesh.

"In the rally at Dabra I made no disrespectful comments, then too you forwarded lies and the word which you are referring to has many meanings, many definitions, but due to fault in your and your party's thoughts are defining it as per your whim and spreading lies and are trying to mislead the public," Kamal Nath's letter read.

The former CM asserted that the state's voters knew that it was another ploy by the BJP to retain power by taking the discourse of the elections away from the main issues.

The Congress leader said that he has always respected women and will continue to do so throughout his life, and further recounted the instances involving BJP leaders in which derogatory statements against women had been issued.

Kamal Nath further urged Chouhan to take steps for ensuring safety of women in the state and rise up from petty politics.