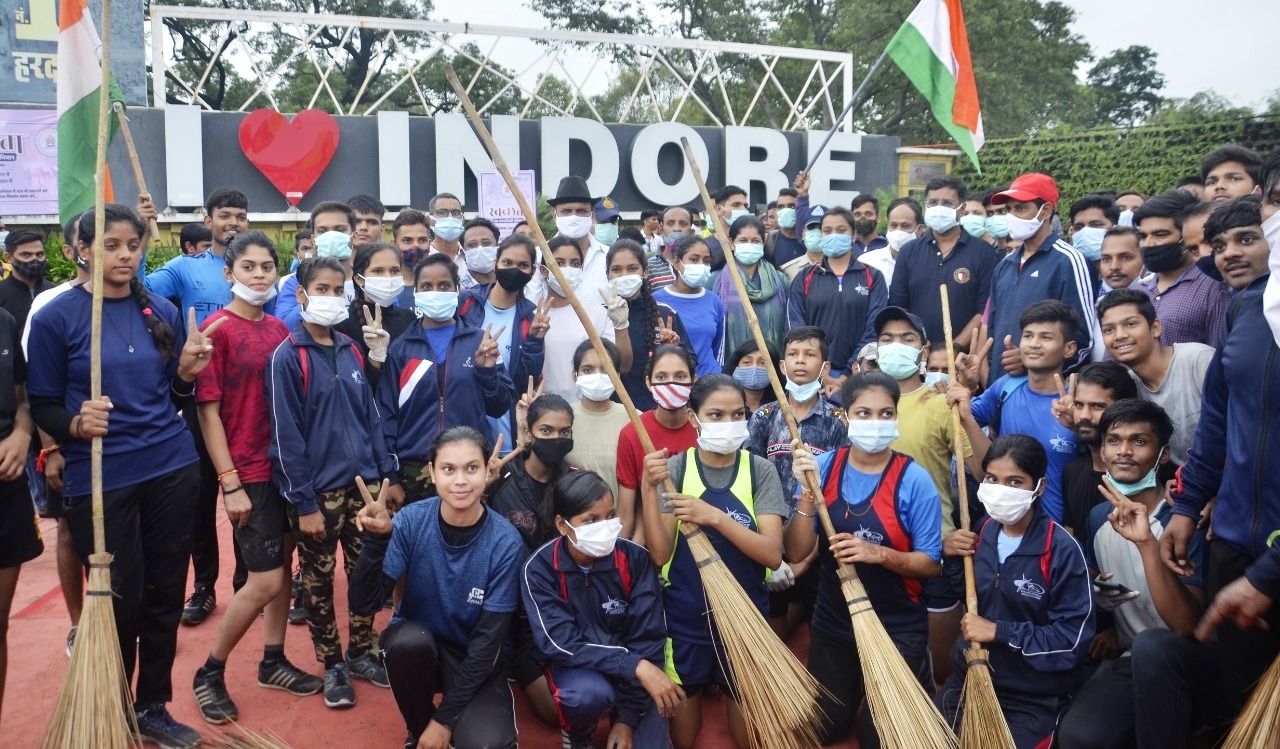 “Employees and labourers engaged in sweeping and sanitation work were on leave for Goga Navami celebrations on Wednesday. So, others stepped in to do their job,” said municipal commissioner Pratibha Pal who, herself, picked up a broom to clean the roads.

With mass public participation, the campaign to clean the city was started from Selfie Point at Palasia by minister Tulsiram Silawat and MP Shankar Lalwani.

‘They made it the Cleanest City’

‘The sanitation workers in Indore discharge their responsibilities throughout the year. It’s because of them that Indore has won the Cleanest City tag four times in a row and there are no two opinions that we’ll hit a punch on cleanliness. When they took a break on Goga Navami on Wednesday, responsible citizens, organisations and public representatives came together to fill in for them’

‘It was our turn on Wednesday’

‘The sanitation workers are always there to clean the city without stopping—whether on Diwali, Holi, New Year or any other festival. On Wednesday, it was our duty to maintain cleanliness as they were on leave’ Madhya Pradesh: 6-8 students back on ‘track’ as the city’s schools reopen