Madhya Pradesh: Birla a son of Nimar's soil, no one can buy him, says CM Chouhan 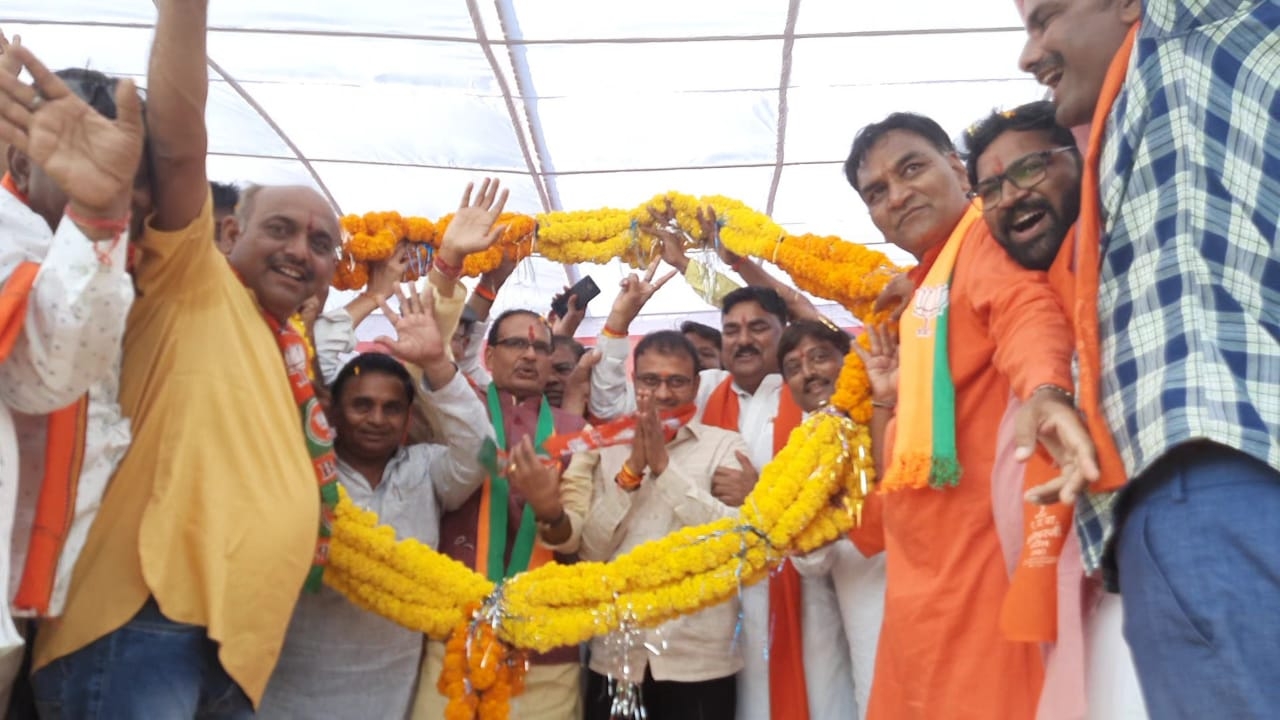 During a public gathering at Bedia village, about 17 kilometres from Sanawad tehsil headquarters, CM welcomed Birla by singing 'Badi Der Bhaiyi Nandlala'- to the sloganeering of BJP workers.

He hugged Sachin Birla and ex-MLA Hitendrasinh Solanki on the stage and added that Sachin Birla is the son of Nimar's soil, no one can buy him.

In his address Chouhan assured that issues raised by Birla will be fulfilled after bypolls.

Chouhan said that Birla was trapped. How long have you been waiting for? Chouhan declared that we heartily welcome Sachin Birla.

'Kamal Nath did not pay attention to Birla's development-related plans during his tenure. However, Birla's entry into the BJP would pave the way for rapid development of Barwah Assembly constituency,' Chouhan added.

Earlier, after Birla switched over to the BJP, the Madhya Pradesh Congress termed it the ìmurder of democracyî.

A few weeks ago, ex-Congress MLA from poll-bound Jobat, Sulochana Rawat, joined the ruling BJP along with her son Vishal Rawat. Sulochana Rawat, who had won the elections on a Congress ticket from Jobat (ST) Assembly seat twice - in 1998 and 2008 - was considered that party's potential candidate from this seat.

I aim to make Barwah a district, expand chilli mandi

Justifying his move and reason behind joining the BJP, Birla during Kamal Nath government in the state, he made every possible effort to develop his constituency, but every development plan was sidelined by Congress government under the pretext of financial crunch.

Birla said that his goal is to make Barwah a district for the rapid development of Nimar region. Irrigation and drinking water reached 41 villages of Katkoot area and 14 villages of Maheshwar area. To provide basic facilities to rural areas, it should be included in Barwah municipality.

"I think the dreams of development of the region will be fulfilled only under the leadership of Chief Minister Shivraj Singh Chouhan and that's why I have decided to join BJP for comprehensive and effective development of Barwah Assembly constituency," Birla said.