Ali (25) spent nearly three-and-a-half months in the central jail here before the Madhya Pradesh High Court granted him bail and he was released on Wednesday evening.

Indore (Madhya Pradesh): Taslim Ali, a bangle seller who was thrashed here in August this year for `concealing' his real name and later arrested for alleged sexual harassment as well as forgery, claimed on Thursday that he had been implicated in a false case.

Ali (25) spent nearly three-and-a-half months in the central jail here before the Madhya Pradesh High Court granted him bail and he was released on Wednesday evening.

A video showing some people thrashing him in Govind Nagar area on August 22 and Ali pleading for mercy had gone viral and sparked outrage.

"I have not committed any sin or done anything wrong. If I had been a criminal then I would have fled the city. I myself went to the police station to file a complaint against those who beat me up and snatched away my money," he told reporters here.

"Instead, a case of molestation was filed against me despite the fact that I had not even seen the face of the (complainant) girl," Ali, who hails from Uttar Pradesh, said.

He has full faith in the country's Constitution and judiciary and was confident of getting justice, he said, adding, "I wish the Hindu-Muslim unity remains intact in the country." A day after Ali was beaten up for allegedly hiding his real name while selling bangles, a First Information Report (FIR) was registered against him at Banganga police station here on the complaint of a 13-year-old girl.

The complainant alleged that Ali entered her house after introducing himself as "Golu, son of Mohan Singh" to sell bangles, told her that "you are very beautiful" and touched her inappropriately.

As to why he told a different name when asked for the first time by some people in the locality, Ali said back in his village he was also known as Bhura.

"I told the people in the mob this name. When they asked what was my real name, I said Taslim. Then they asked me if I am a Muslim," Ali said.

"When I said yes, they asked me how come your name is Bhura. I replied that in our village, parents give such names to the children," he added.

The police had also claimed that Ali was found to have two Aadhar cards in his possession, one in the name of "Asalim son of Mor Singh" and another in the name of "Taslim son of Mohar Ali." On this issue, Ali claimed that in allotment of a house under the PM Awas Yojna, his name was misspelt as Asalim, and the head of the village told him that he should now get an Aadhaar card in this name to get benefit of the scheme.

That was why he got made another Aadhaar card, he said.

A father of three girls, Ali said he used to visit Indore once a year to sell bangles on the occasion of either Rakhi, Holi or Diwali. "But now I will not sell bangles. I will do some other business. Only Allah knows what I will do now. At present I just want to go back to my home," he said. (PTI) 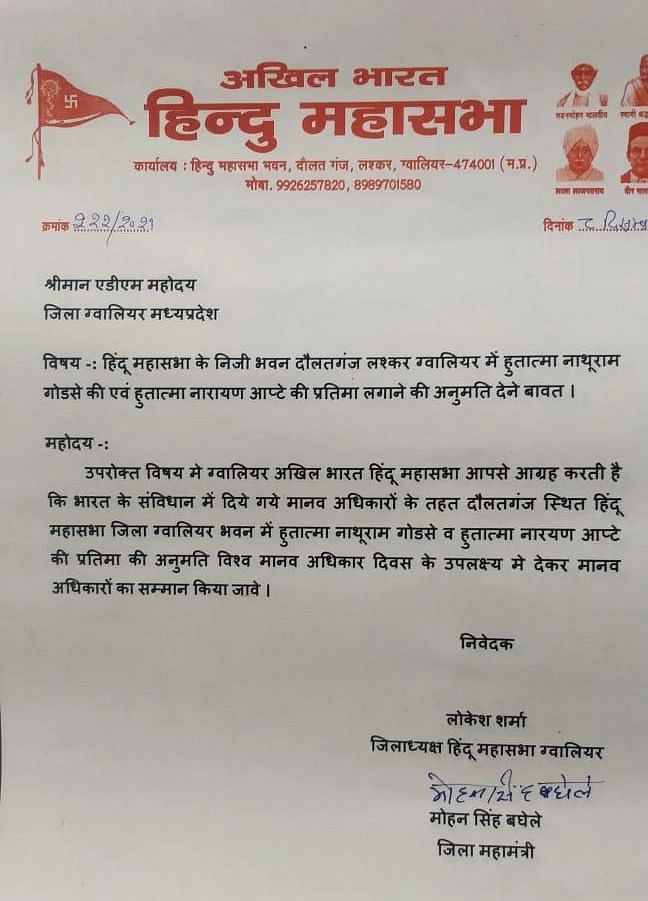