But meteorological department officials have forecast that there are chances of moderate rainfall for the next couple of days from Tuesday. Till date, city is lagging behind in average rainfall by over 20 per cent as only 330 mm (13 inches) of rainfall have been recorded till date
Staff Reporter 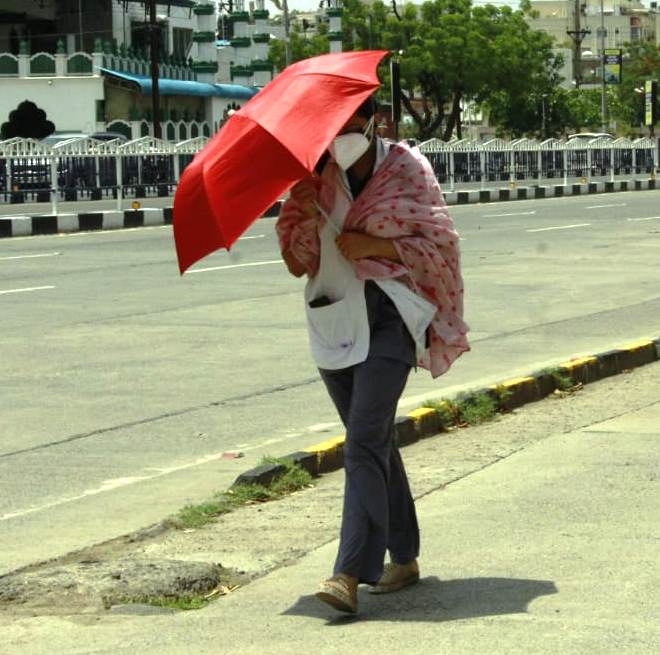 Indore (Madhya Pradesh): With a long break from rainfall, the city’s temperature rose above 31 degrees Celsius, making the day unbearable on Monday. The nights, too, turned uncomfortable with the hot and dry atmosphere in the city for the past many days. However, regional meteorological department officials have forecast relief for the citizens and said there were chances of moderate rainfall for the next couple of days from Tuesday.

The department had announced the onset of the monsoon on June 18 but the city could not witness even a single spell of continuous rain even after that date, except for a couple of days in July. Along with the citizens, who are waiting for the rain to get rid of the hot and humid atmosphere, most worried are the farmers who are waiting for spells of proper rain after sowing their crops.

“A low-pressure area lies over west-central and adjoining north-west Bay of Bengal off the north Andhra Pradesh-south Odisha coasts. It’s likely to move west-north-westwards during the next two days,” meteorologist PK Saha said.

He added that, under the influence of the above system, fairly widespread-to-widespread rainfall would take place in Madhya Pradesh, mainly in south Madhya Pradesh, including the Indore region.

Till date, the city is lagging behind in average rainfall by over 20 per cent as only 330 mm (13 inches) of rainfall have been recorded till date.

Minimum temperature in the city was recorded at 21.4 degrees Celsius (1 degree Celsius below normal)