Materials were distributed to the polling parties for conducting the elections at Government College Alirajpur.
FP News Service 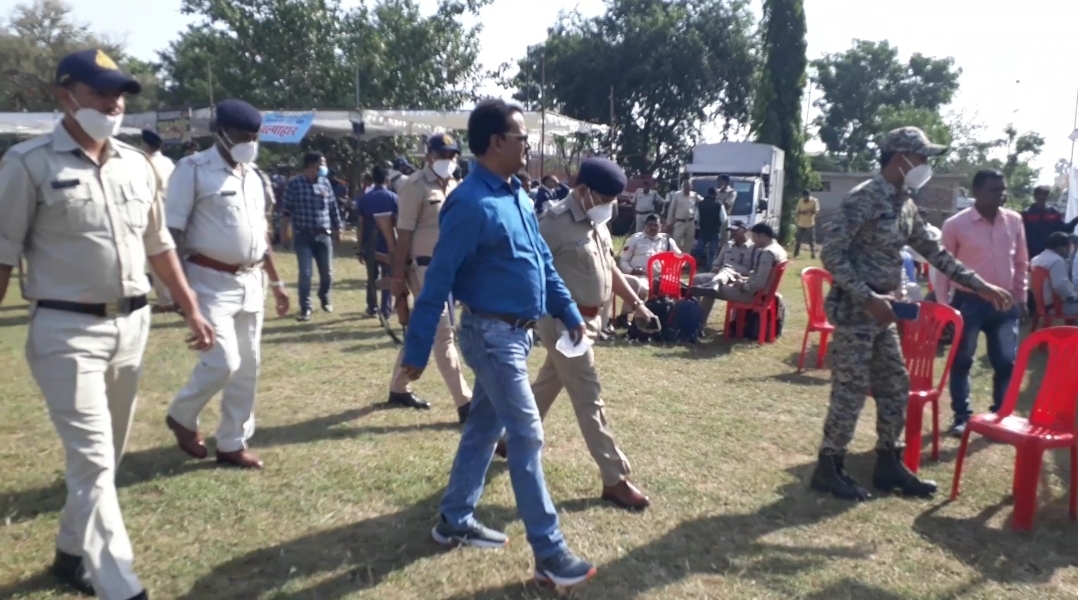 Alirajpur (Madhya Pradesh): Voting under by-election for Jobat Assembly Constituency will be held on October 30.

A mock Poll will be held on the same day at 5.30 am and voting will commence from 7 am and will be held till to 6 pm. Under Jobat by-election 417 polling stations of Assembly constituency are all set to welcome 2,75,172 voters: 1,37,560 woman voters and 1,37,612 men voters on polling day. Under the by-election, 10 pink booths have been set up, out of which 4 pink booths have been made in Jobat, 4 in Chandrashekhar Azad Nagar and 2 in Udaigarh.

Materials were distributed to the polling parties for conducting the elections at Government College Alirajpur.

Strong room was opened in the morning in the presence of representatives of political parties. Materials and EVM and VVPAT machines were distributed to the parties to conduct the polling.

More than 200 vehicles have been deployed for the polling.

District election officer appeals to the youth to cast vote

Collector and district election officer Manoj Pushp, in view of the Jobat Assembly by-election, call upon all the youth, differently abled, elderly, women and men voters of the area to participate in the election to be held from 7 am to 6 pm on Saturday, 30 October 2021. He said, with any one of the 12 original documents of all voter ID and people can vote at polling booths.

According to the guidelines of the Election Commission, under the Jobat assembly constituency by-election 2021, a total of 59 critical polling stations will be monitored through webcast. A district level control room has been set up for the above arrangement. The said polling stations will be continuously monitored from the control room. For this, general observer OP Verma, collector Manoj Pushp, SP Manoj Kumar Singh took stock of the above arrangements.

General administration department deputy secretary DK Nagendra has issued a notice that there will be a public holiday under the by-election to be held in Jobat assembly constituency on Saturday, October 30, 2021.

Collector and district election officer Manoj Pushp issued orders to suspend assistant land conservation officer Pratap Singh Sikka for dereliction of duty assigned under Jobat assembly constituency by-election. Sikka was entrusted with the responsibility of the sector officer for the election work, but he remained absent at the material distribution site, in view of which the above action was taken against him.

According to the guidelines of the Election Commission, the exit polls will be banned till the 48 after the end of the polling. Additional chief electoral officer Rajesh Kumar Kaul has said that under the powers under sub-section (1) of section 126 (a) of the Representation of the People Act, 1951. Organising any type of exit poll, publication of its related result by print or electronic media will remain banned till the said time period.