The Madhya Pradesh government will organise a mega campaign on Wednesday to cover more population under its coronavirus vaccination programme.
PTI 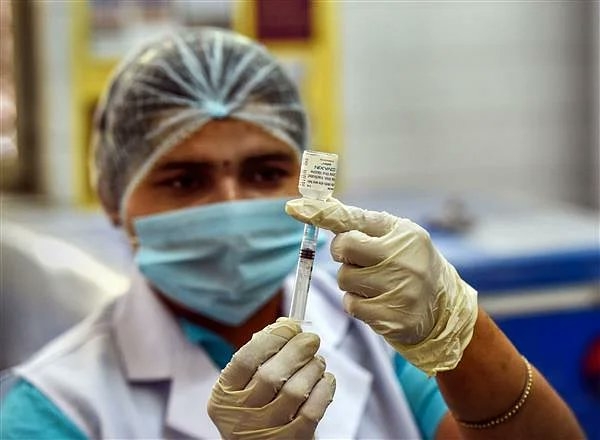 Mandsaur (Madhya Pradesh): Liquor shops in Madhya Pradesh's Mandsaur city will offer a 10 per cent discount on country liquor to people who take the second jab of the COVID-19 vaccine on Wednesday, an official said on Tuesday.

However, the move drew criticism from an MLA of the ruling BJP, who said it will encourage people to consume liquor.

The Madhya Pradesh government will organise a mega campaign on Wednesday to cover more population under its coronavirus vaccination programme.

A 10 per cent discount will be given on purchase of country liquor at three shops located at Sitamau Fatak, Bhuniakhedi and Old Bus Stand, Mandsaur's district excise officer Anil Sachan said.

This discount will be given to people who take the second and final jab on Wednesday, he said.

The decision was taken to encourage people to take their second vaccine dose during the mega vaccination campaign, the official said.

If the experiment proves successful, it will be implemented in other parts of the district as well, he added.

However, BJP MLA from Mandsaur Yashpal Singh Sisodiya has opposed the decision, saying the move was not proper.

This is not a decision taken by the state government, and it will encourage people to consume liquor, he said in a tweet.

The state government has set a deadline of December-end to complete vaccination of all eligible people.

As on November 23, a total of 8,12,79,730 anti-coronavirus vaccine doses have been administered in the state.