Problem of khadi karai had stopped 16 months back, but has restarted recently
Staff Reporter 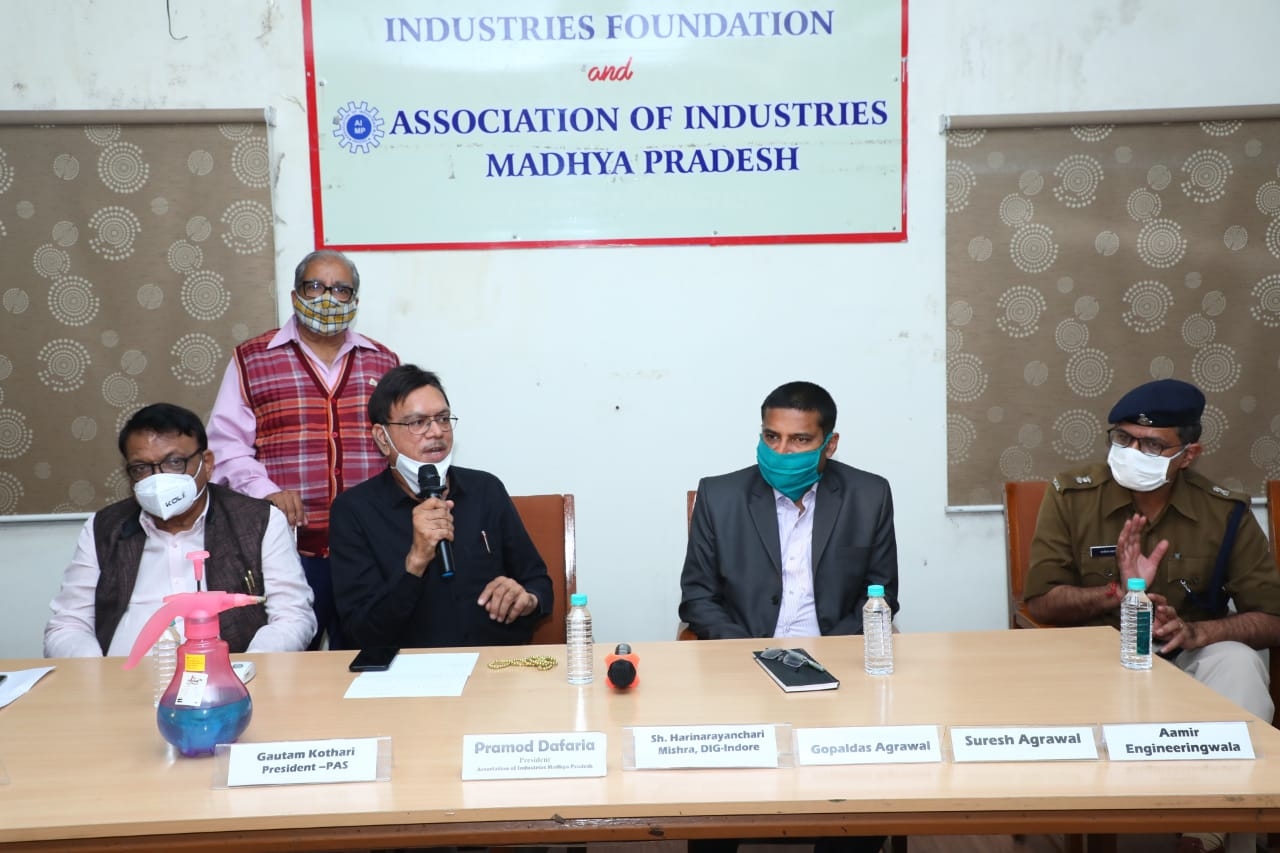 Harinarayanachhari Mishra, Deputy Inspector General (DIG) police, has categorically said that the practice of ‘Khadi Karai’ (forceful illegal parking) will not be allowed in Palda industrial area, and stringent action will be taken against those found indulging in such illegal acts.

DIG Mishra gave this assurance while addressing the industrialist at office of Association of Industries of Madhya Pradesh at its office on Friday. ‘No such practice (Khadi Karai) will be allowed. The police administration is with you in protecting industries and eliminating any mischief. All of you have faith in the law and we will protect those who have faith in the system. Strict action would be taken for the sake of industrial interest and security," DIG said.

Earlier, Pramod Dafaria, president of AIMP, in his welcome address highlighted the problem of ‘Khadi Karai’ prevailing in Palada Industrial area. Following building of consensus between Hammals (porters, involved in Khadi Karai) and industrialist, who gave them employment in their units, the problem of khadi karai stopped 16 months back.

But again, some people belonging to the Hammal Sangh are intent on restarting the practice and pressurising the industries to start the khadi karai again as Hammals are getting unemployed, they are not
getting work while the reality is contrary.