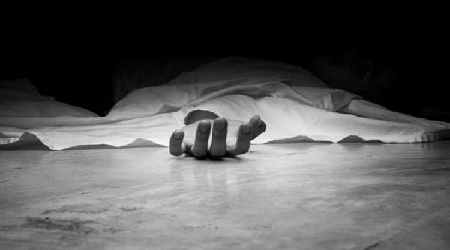 Panic prevailed when a 28-year-old youth was fatally run over by a train at city railway station on Monday. He accidentally fell on the track while trying to board Mhow-Bhopal Intercity Express at 6.30 am. The incident was caught in CCTV cameras. He was rushing to board the train and tried to get on to running train but he slipped and fell on track at platform number four. Railway police removed his body in more than half-an-hour after which train departed at 7.30 am.

According to investigation officer of GRP police station, head constable Darshanlal Sharma said youth identified as Shubham Jain, resident of Damoh, was crushed to death by Intercity Express after falling on track accidently while trying to board the running train. Sharma said youth was living in a rented accommodation in the city and was preparing for MP Civil Service Examination. “He was going to Bhopal for some work. Body has been handed over to his family members after autopsy,” Sharma said.

According to Sharma, CCTV footages clearly show that Shubham was in hurry to catch the train. Along with some other passengers, he tried to get on running train but slipped and fell on tracks. Before anyone could rescue, he came under wheels of the train. GRP officials said that they have been making constant appeals to people to avoid boarding a running train but people risk their life everyday.