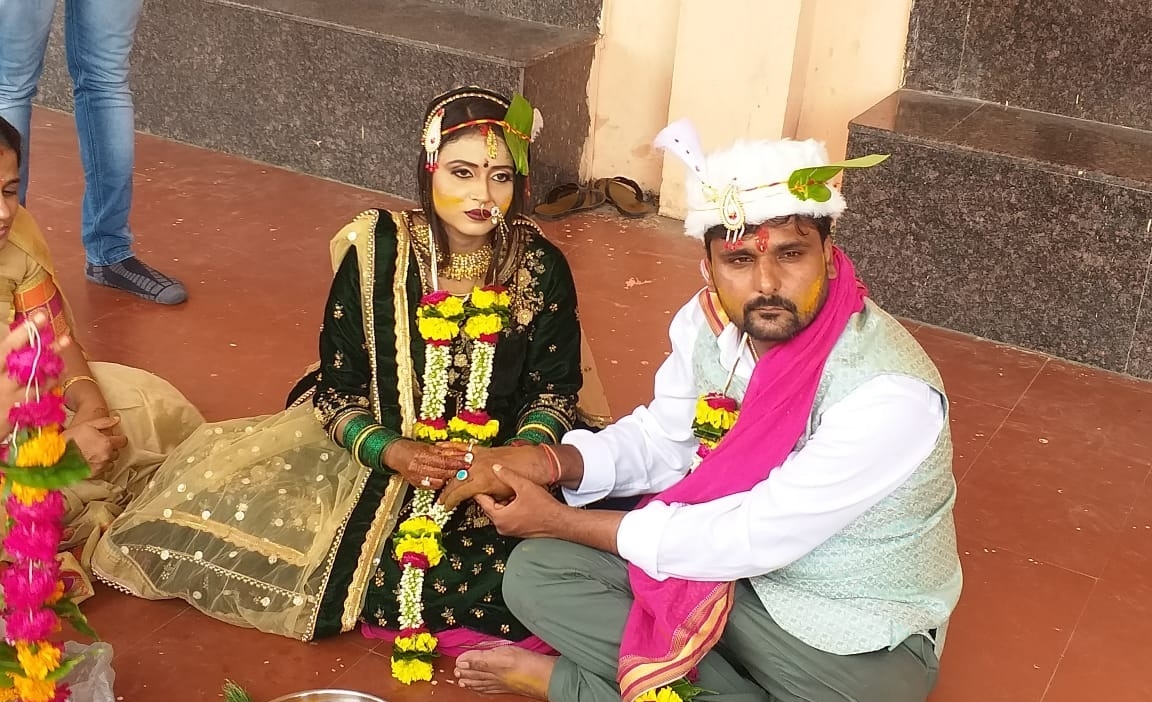 Sania Suman with husband Shubham Khandelwal, who was a corporator at Ujjain Municipal Corporation. |

A 28-year-old girl Sania Suman, intern of MBBS in RD Gardi Medical College, Ujjain, jumped from the third floor of a shopping mall under Vijay Nagar Police Station on Friday.
According to the C21 mall manager, Amit Arora, the incident took place at around 12:15 pm. Immediately after the incident, the mall staff rushed her to a city hospital where she is under treatment. Sania Suman sustained a deep injury on her head, has broken her legs and is in serious condition, Inspector Tehzeeb Qazi of Vijay Nagar police station said.

According to the Vijay Nagar Police Station in-charge, inspector Tehzeeb Qazi, a note and Aadhar card was recovered from the girl from which she was identified as a native of Haryana.

"She is from Haryana and had married a Ujjain-based contractor Shubham Khandelwal a fortnight ago. Khandelwal killed himself two days ago. She wrote an emotional letter before jumping off stating she be consigned to flames at the same spot as her late husband," he said.

Police informed that the girl's parents came to Indore from Haryana to take her back home and were waiting at the Devi Ahilya Bai Holkar Airport for her. Instead of reaching the airport, she went to C21 mall and took the fatal step. The note recovered from her stated that she is depressed with her husband's death. Mall CCTVs captured her act and clips have gone viral on social media.