Indore: Uncertainty over holding Garba during Navratri as admin bans all Garba practice

This development comes just three days before the start of the Navratri festival during which thousands of youngsters gather at various venues to take part in the communal dance extravaganza which often goes well into the night.
Staff Reporter 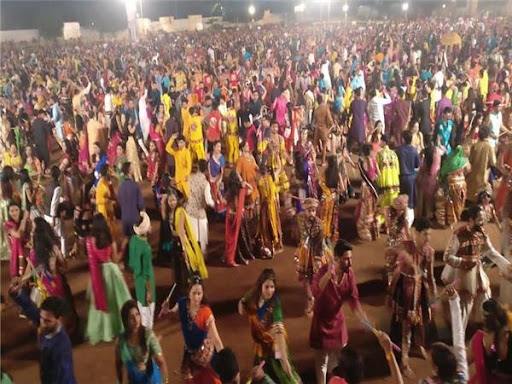 This development comes just three days before the start of the Navratri festival during which thousands of youngsters gather at various venues to take part in the communal dance extravaganza which often goes well into the night.

The main reason behind the administration's decision is fear that Covid cases might surge if Garba is allowed as the dance involves close personal interaction and invariably the venue where Garba takes place becomes crowded - all of them recepie for spreading the Covid virus. What has fuelled fears is the nine Covid positive cases that were reported yesterday. Officials fear that the sudden spike in the number of the cases might just be a warning for worse things to come.

Pawan Jain, ADM (Headqurters), informed here on Monday that at present no guideline has been issued by the state government on the subject of organising Garba event and neither has the district administration given any guidelines regarding holding or cancelling Garba.

Jain said they received information that Garba practice was going on at various places daily, which is illegal. So we have told all the police station incharges to ensure that no Garba practice takes place in their area. He added that action would also be taken against those who violate the order.

At the same time ADM Jain has also appeal to all the dignitaries and Garba organisers to stop any ongoing practice till clear orders are issued by the state government or the administgration. He said that if permission to hold Garba festival is not given by the state government or district administration, then it cannot be held. Last year also the district administration did not allow Garba, owing to the Covid-19 pandemic.

Official sources said that though the permission of organising and playing of Garba may not be given, but installing idol of Goddess Durga at public places will be allowed.