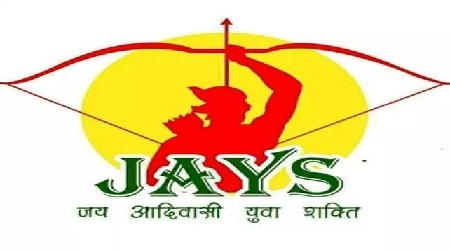 Accusing the Congress of reneging on its promises, tribal outfit Jai Adivasi Yuva Shakti (JAYS) on Tuesday said it would field candidates on four out of six Lok Sabha seats in Madhya Pradesh reserved for Scheduled Tribes.  JAYS state president Antim Muzalda said names of the candidates for Ratlam, Dhar, Khargone and Betul Lok Sabha seats would be announced on April 21.  Shahdol and Mandla are the other two seats which are reserved for STs in the state.

“We had supported the Congress during the November 2018 Assembly elections, but it went back on its promises. We were assured of being made part of the (Congress) government,” Muzalda said. “We were also told that our opinion will be honoured while selecting candidates for Ratlam, Dhar, Khargone and Betul Lok Sabha seats (all ST seats). None of this has happened and the Congress announced its own candidates. Therefore, our leaders will contest as independent candidates from these four seats,” the JAYS leader said.

JAYS, which claims to have five lakh youth members but is not yet registered as a political outfit, managed to win one assembly seat in the November, 2018 state polls. JAYS national convener Dr Hiralal Alawa was elected as MLA from Manawar on a Congress ticket.

Alawa, a doctor who joined politics after resigning from Delhi’s AIIMS, said, “We are fighting for tribal issues. I got elected as MLA on a Congress ticket but this does not mean the Congress has bought out our organisation.”Reacting to it, state Congress spokesperson KK Mishra said, “The Congress is serious on all issues raised by JAYS regarding tribals, so it should not take steps which can benefit the BJP in Lok Sabha elections.”