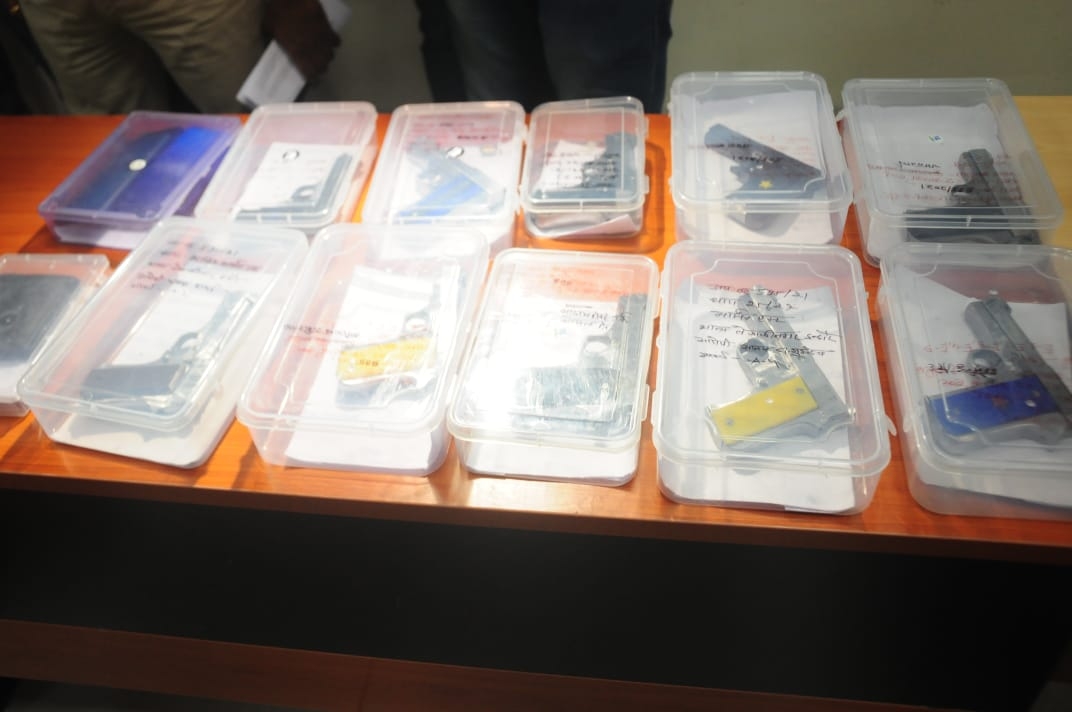 The weapons seized from the accused |

Police arrested six men with 10 illegal firearms from Tejaji Nagar area on Tuesday. The accused used to supply country made pistols in Delhi and Sehore. They are being questioned further.

ASP Shashikant Kankane said ​they received a tip-off ​that ​some men were carrying country made pistols and they were waiting for a vehicle to leave the place near Kelod Kartal village.

After the information, the team led by Tejaji Nagar police station in charge RD Kanwa reached the spot and they caught three men named Chaman Sharma, a resident of UP and ​at ​present ​a ​resident of Delhi, Dharmendra Thakur of Delhi and Uttam Bharti of Sehore from there.

The police recovered 7 pistols and live cartridges from them. The accused informed the police that they had taken the firearms from Nanak, Ajay, Mahipal and Badam Singh in Siganpur village in Khargone district. They bought the pistols for Rs 8000 each ​and were planning ​to sell it for higher price in Delhi and Sehore.

Later, the police raided Siganpur village and detained Ajay, Mahipal and Badam Singh from their places. Three pistols were recovered from them. A search is on for accused Nanak.