His life story was re-told to children to teach them lessons of courage and good governance.
Staff Reporter 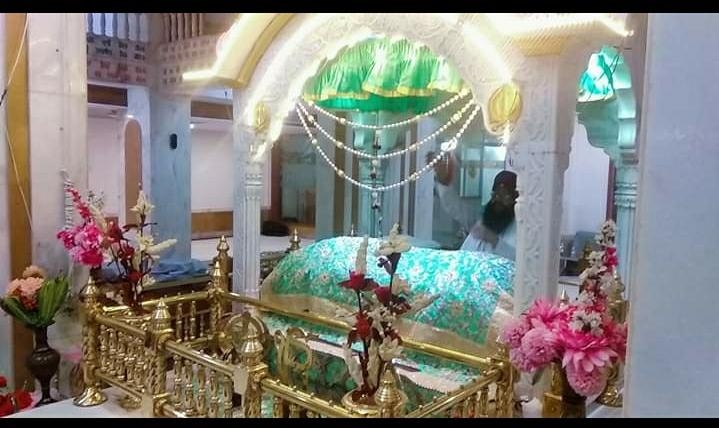 Indore: Sikh community could not offer tribute to Maharaja Ranjit Singh popularly known as Sher-e-Punjab or Lion of Punjab, like every year. His death anniversary was on Saturday. Like every year, the Sikhs commemorate his contribution and pay tributes to him on the following Sunday of June 27.

Though the memorial event was organised as every year, he was remembered in prayers and special ardas was organised to express thanks to the great leader in various gurudwaras of the city.

His life story was re-told to children to teach them lessons of courage and good governance. “Every year, we offer tribute to the Maharaja with get-together, flower wreaths and celebrations, but this year, since public gatherings were restricted, we only offered prayers in Gurudwaras,” Devendra Singh Gandhi, coordinator of Imli Sahib Gurudwara, said.

Kirtan was organised in his honour in gurudwaras. Impressed by the Maharaja’s life stories, kids were particularly inspired and wished to be as courageous as him. “He survived smallpox in infancy but lost sight in his left eye. He fought his first battle alongside his father at age 10. After his father died, he fought several wars to expel the Afghans in his teenage years and was proclaimed as the ‘Maharaja of Punjab’ at age 21,” Simran Kaur, a teenager, said.

She felt that such real-life stories are needed to be re-told today, as we often get depressed easily. “I can feel my blessings when I compare it to the life of Maharaja, who bore so many pains in such a nascent age,” Narender Singh, a businessman, said.

“Maharaja is still our inspiration and in times of covid-19, we need to learn from him,” Surender Singh, president of LIG gurudwara committee, said. He added that Maharaja had defeated Winston Churchill and Abraham Lincoln during the early 19th century.

“His policies were based on respect for all communities, Hindu, Sikh and Muslim. We need to remember and re-learn those policies,” Singh added.