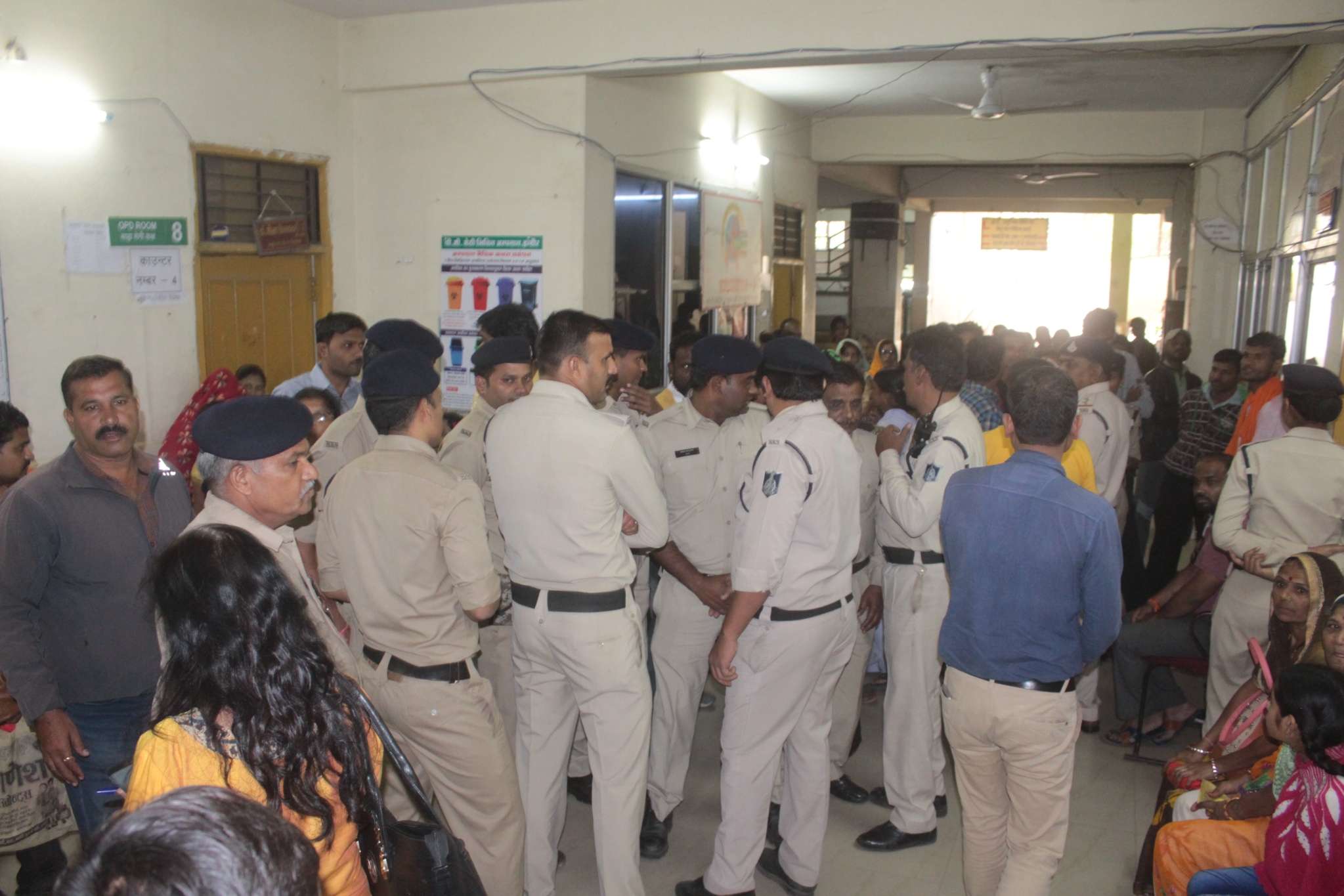 Indore: Family members of a 26-year-old woman created ruckus in Government PC Sethi Hospital on Thursday after she died post-delivery. Enraged family members also gheraoed the hospital and kept the hospital in-charge hostage for half an hour.

Later, the police reached the hospital and pacified the family members and controlled the situation before sending the woman’s body for post mortem.

Chief Medical and Health Officer Dr Pravin Jadia has sent Dr Mukta Jain, who had treated the patient, on leave and constituted a three-member team for investigating the case. He said that the family members had demanded that Dr Jain may affect the investigation after which he sent her on leave.

According to information, Simran Bachane, resident of Bhagirathpura was admitted to Government PC Sethi Hospital on October 21 and delivered a healthy baby boy through a caesarean delivery on October 22. She was operated by Dr Mukta Jain.

Few minutes after the delivery, blood pressure of the patient started deteriorating after which she was referred to MY Hospital by the doctors on October 22 evening.

She was kept on life support in the ICU as she was continuous bleeding and was given 17 units of blood. However, the patient succumbed to her at around 5 am on October 24.

After the patient’s death, family members of the woman reached PC Sethi Hospital and created a ruckus.

They also kept hospital in-charge Dr Madhav Hasani hostage in his cabin and didn’t even let him use his phone while forcing him to call Dr Mukta Jain to the hospital. The police intervened and helped Dr Hasani to come out of his cabin. Enraged family members also tried to break the hospital’s window panes.

Doctors refer patient without our permission, no ICU in hospital: Family member

Nitin Bachane, brother in law of deceased, alleged that the patient died due to the negligence of the doctors. “The hospital doesn’t have any facility of ICU and recovery after which we requested the doctors to send us to a private hospital but they referred us to MY Hospital without our permission,” he said.

Nitin also alleged that the patient had lost blood due to negligence by the doctors and staff of PC Sethi Hospital and died due to the same reason.

It was 25-minutes of terror for me: Hasani

Hospital in-charge Dr Madhav Hasani said that it was 25 minutes of terror for him as a large number of family members kept him hostage.

“They were shouting and forcing me to call Dr Mukta Jain. They didn’t allow me to take any call and were threatening to damage the hospital,” he added.

Being an officer bearer of Madhya Pradesh Medical Officers’ Association, he said that the association will soon do a pen-down protest against such incidents and to demand doctors’ security in the hospitals.

We have provided all possible care to the patient: Dr Jain

Gynaecologist Dr Mukta Jain said that the patient succumbed to over bleeding post-delivery. “We have given all possible treatment to the patient and took the help of other doctors as well. We have referred her to MY Hospital for ICU care,” he said in her statement.

Secretary of Indian Medical Association-Indore Dr Brijbala Tiwari said that the patient might have died due to Disseminated Intravascular Coagulation (DIC).

“DIC is a condition in which blood clots form throughout the body, blocking small blood vessels. Symptoms may include chest pain, shortness of breath, leg pain, problems speaking, or problems moving parts of the body. Such deaths take place even in developed countries,” she said adding “Doctors have provided every possible treatment in this case.”