Indore: Online or offline exams? HC to decide on Jan 17 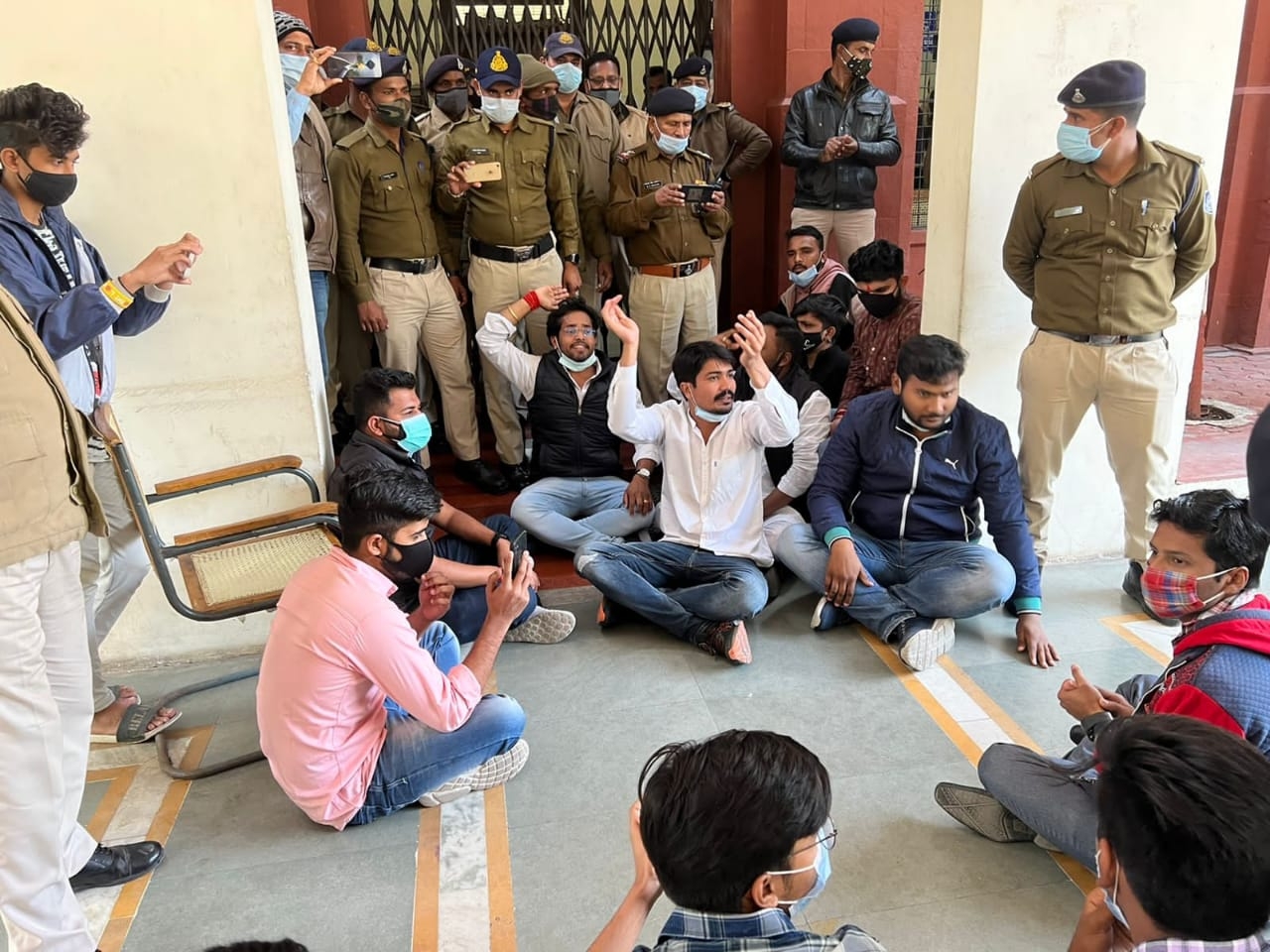 NSUI activists staging a sit-in in protest against offline exams on RNT Marg campus of DAVV on Friday. |

Indore bench of Madhya Pradesh is likely to decide on January 17 the fate offline exams announced by Devi Ahilya Vishwavidyalaya despite rise in Covid-19 protocol.

While hearing a petition by Aman Yadav, a division bench comprising Justice Vivek Rusia and Justice Subodh Abhyankar on Friday granted time to DAVV counsel Nimesh Pathak for fling reply and fixed next date for hearing on January 17.

Interestingly, the offline exams are commencing from January 18. So stakes will remain high till court’s order comes on the petition.

NSUI activists and some students are protesting against mode of exams citing rising cases of Covid-19.

Some students even moved to court as DAVV denied their request for holding exams in online open book mode.

Aman was among them. In his petition, Aman stated that the cases of coronavirus infection are on the rise so DAVV should be directed to cancelled offline exams and hold it in online open book or any other alternative mode.

NSUI activists once again staged a protest on the RNT Marg campus of DAVV demanding change in mode of exams from offline to online open book mode. The activists staged a sit-in even as the university administration called in police for dealing with the situation.

Sharma stated that they had made adequate arrangements for conduct of exams in offline mode. “We are going to hold exams with 50 per cent of total intake capacity. Students infected with Covid-19 will be allocated separate room to write exam,” he said.

However, the activists did not buy the argument and continued to protest. As protest was done in violation of Section144, six activists including Yash was booked under Section 188.