Indore: One big happy tiger family in Bandhavgarh where step-dad is helping raise cubs and is also chummy with real dad

“All these instances show us that tigers have very complex social systems, hierarchies and relationships much of which, we will truly never understand. After an extent, we can only guess,” Keshari said.
Tina Khatri 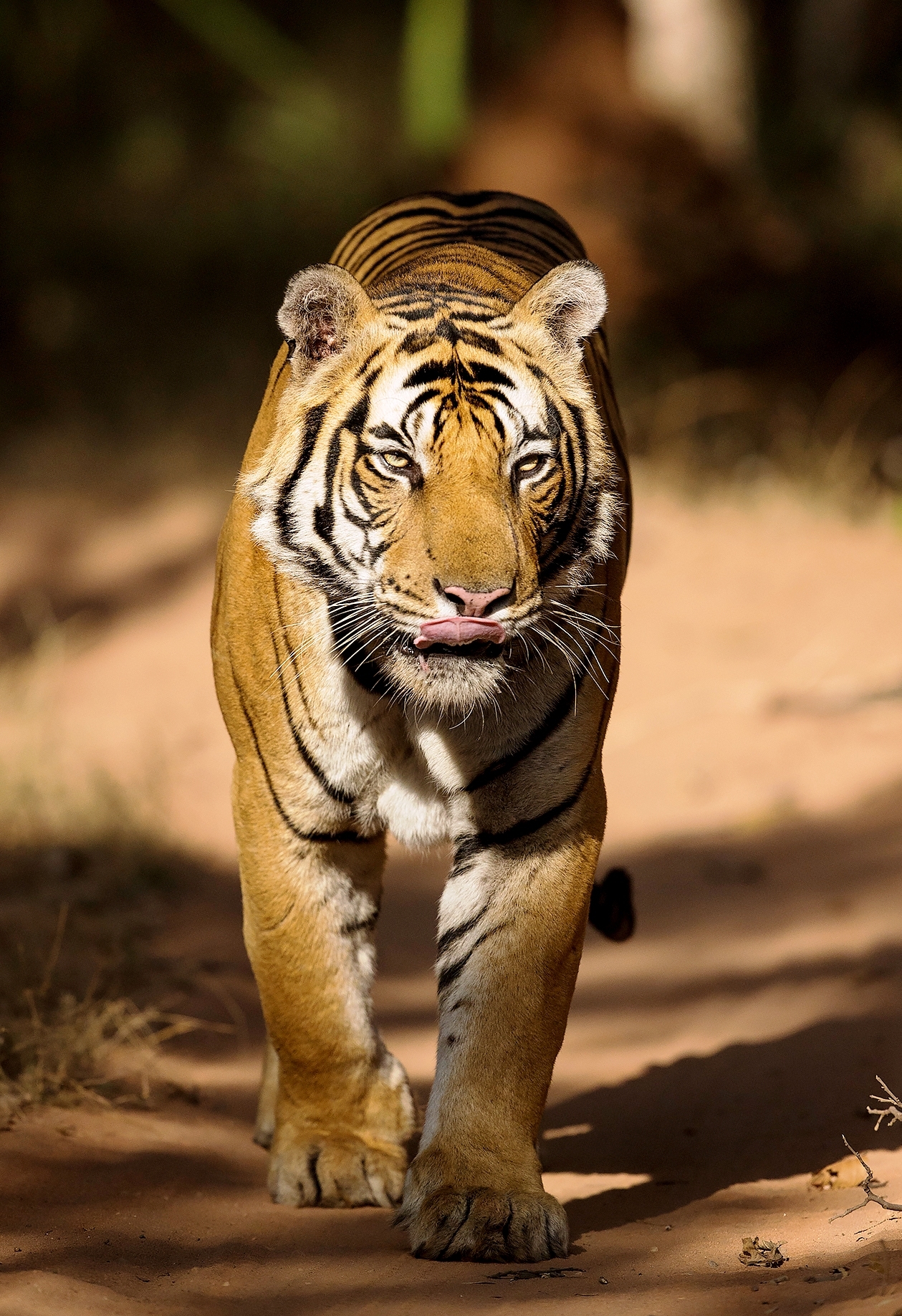 Tigers known for their territorial and solitary nature, are exhibiting a surprising new behaviour in Madhya Pradesh that has amazed wildlife watchers. For a tiger to sometimes act as a fatherly figure is still understandable, as has been seen in the tiger in Panna who is looking after his four cubs after their mother died, but can you expect a loving step-dad?

This tiger family has a step-father that did not kill the cub or the other male tiger in the group. Amazingly, the two male tigers, a female tigress and cubs form a happy family in Bandhavgarh National Park, MP.

This interesting family was discovered by Suyash Keshari while shooting for Safari with Suyash TV.

Tiger Mahaman who had mated with Dabhadol female was actually helping her in raising the two cubs. “This sighting made us realise that much like us humans, tigers have unique personalities,” Keshari said.

It has been studied that males who do not father the cubs are intolerant of them. “The male would kill them so that the female comes back to heat and mate with him and hence pass on his genes,” Keshari said.

All was going well when a new male comes into picture. Tiger Jobhi Male was spotted roaming in Dotty’s territory.

“We were really scared for the cubs as Mahaman was not around to protect the cubs. Mahaman occupies a really large territory and would often go out patrolling,” Keshari said.

Surprising everyone, Jamhol Male accepted the cubs, after a brief fight with Dotty!

“Following this Jamhol Male, Dotty and the four cubs would often be seen together on a kill, roaming around or drinking together from a water-hole. He would just follow the family, with no signs of aggressiveness towards the cubs,” Keshari said.

“Now, miraculously one-day Mahaman also joined the family and much to our surprise he wasn’t aggressive to Jamhol Male,” Keshari said.

This was really strange behaviour because the team and forest dept had ensured that Jamhol was not Dotty’s offspring.

Further, they had matched the stripe patterns of the cubs and concluded that Jamhol was a separate male altogether.

“All these instances show us that tigers have very complex social systems, hierarchies and relationships much of which, we will truly never understand. After an extent, we can only guess,” Keshari said.