The move comes after Free Press published a news on objectionable question on Kashmir in MPPSC exam.

Indore (Madhya Pradesh): (MPPSC) on Tuesday blacklisted a paper setter and two moderators, two days after an objectionable question on Kashmir was asked in the state service preliminary exam.

The MPPSC also washed its hands of the question saying it did not agree with the content. The Commission added that it had made the question null and void.

The move comes after Free Press published a news story about it in Tuesday's edition.

Inviting ire from one and all, MPPSC on Sunday asked the question in general aptitude paper regarding giving away Kashmir to Pakistan.

The question carried two arguments followed by four options. The students had to choose one of the options.

The question was 'Should India decide giving away Kashmir to Pakistan? Argument I: Yes, this will save a lot of money of India. Argument II: No, such a decision will lead to more similar demands.'

Candidates were taken aback when they went through the question and some of them had even lodged their objection on it with the examiners.

However, MPPSC claimed that it took suo moto cognizance of the objectionable question and took action into the matter.

"The setter and two moderators involved in the process of preparing this paper have been blacklisted, which means they are permanently debarred from the examination process of MPPSC. We have written to departments for disciplinary action against them," MPPSC media coordinator Ravindra Panchbhai told Free Press.

Earlier, Home Minister Narottam Mishra told reporters in Bhopal, "The question (on Kashmir) was objectionable and a letter was written to MPPSC and Higher Education Department for action against them."

"This is clearly a case of treason. Such a question was asked about Kashmir, for which our soldiers, people and leaders have lost their lives. MPPSC has admitted the folly," he said.

"Now, the government should clarify if the question was asked with the consent of the prime minister, chief minister and MP home minister. Or they should register a case of treason against the people responsible for this," the Congress leader added.

All states asked not to take trio's services

MPPSC said that it had not only blacklisted the subject experts involved in preparing the paper but also informed other states about it. Panchbhai said, "Information has been provided to service commissions of all states and UPSC about the blacklisting of the subject experts with a suggestion that their services should not be taken." 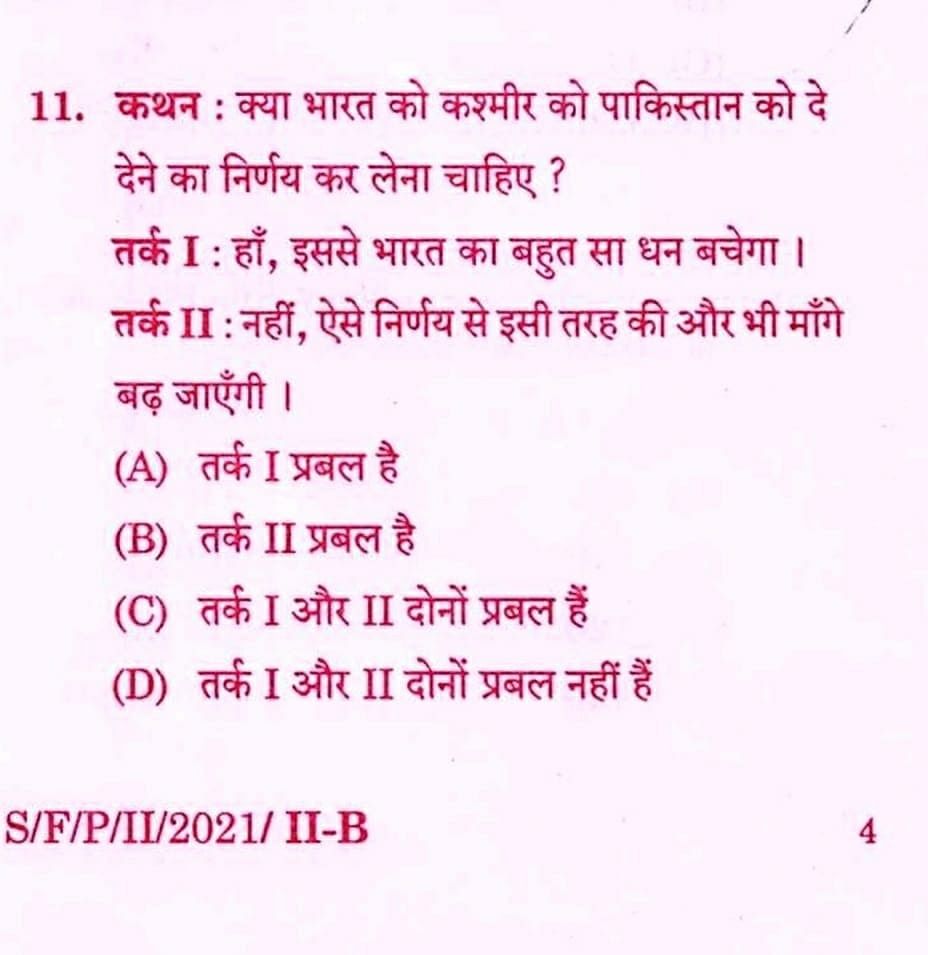