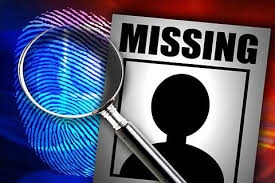 Police have recovered a minor boy, who was missing from his place in Central Kotwali a few days ago, from near Sanjay Setu on Tuesday. The boy had gone to Prayagraj without informing his parents.

According to Central Kotwali police station staff, ​the boy​'s father had lodged a missing report of his son on October 2. His father had informed the police that his 17-year-old son works part​ ​time at a shop. He had left ​from the shop but didn’t return home till the night. The police ​and ​family members ​had ​searched him everywhere but in vain.

A police team was searching for the boy when he was found sitting near Sanjay Setu in the city. He was taken to the police station and was later handed over to the police. The boy reportedly told the police that the owner of the shop had given Rs 1 lakh to him to give it to someone but he had spent some of the cash. The boy feared ​that his parents ​would punish him ​so he left for Prayagraj without informing anyone.