According to the order, baked clay, PoP and all kinds of chemical and chemical articles will be prohibited in the making of idols.

Indore (Madhya Pradesh): In view of the forthcoming 10-day Shri Ganesh Festival and Navratri Festival, the district has put a ban on the making of idols from Plaster of Paris (PoP) using chemical-based colours. Its immersion is also banned.

In compliance with the instructions given by the Bhopal Bench of the National Green Tribunal, the orders have been issued under Section 144 of the Criminal Procedure Code, 1973, for the prevention of pollution caused by idol making and immersion in the district.

Additional district magistrate Pawan Jain issued the order in this regard. According to the order, only natural and non-toxic colours will be allowed to be used for colouring of the idols. The use of any kind of chemical or toxic colour is strictly prohibited. Only idols made of traditional clay will be allowed to be sold in the district. The production and sale of idols made from materials other than traditional clay have been prohibited.

Verification will be done in this regard by the local body. If, after the date of issuance of this order, the matter of making idols from other materials, such as PoP or other chemical substances, comes to light, these idols will immediately be disposed of according to the provisions of the Urban Solid Waste Rules, 2000.

Items for worship, such as fruits, flowers, coconuts, clothes, ornaments and decorative items made of paper and plastic will be collected separately and the collected material will be disposed of as urban solid waste. The order comes into force with immediate effect and will be effective till October. The violation of the order will come under the category of offence punishable under Section 188 of the Indian Penal Code. 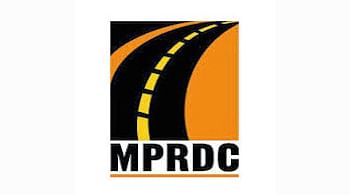