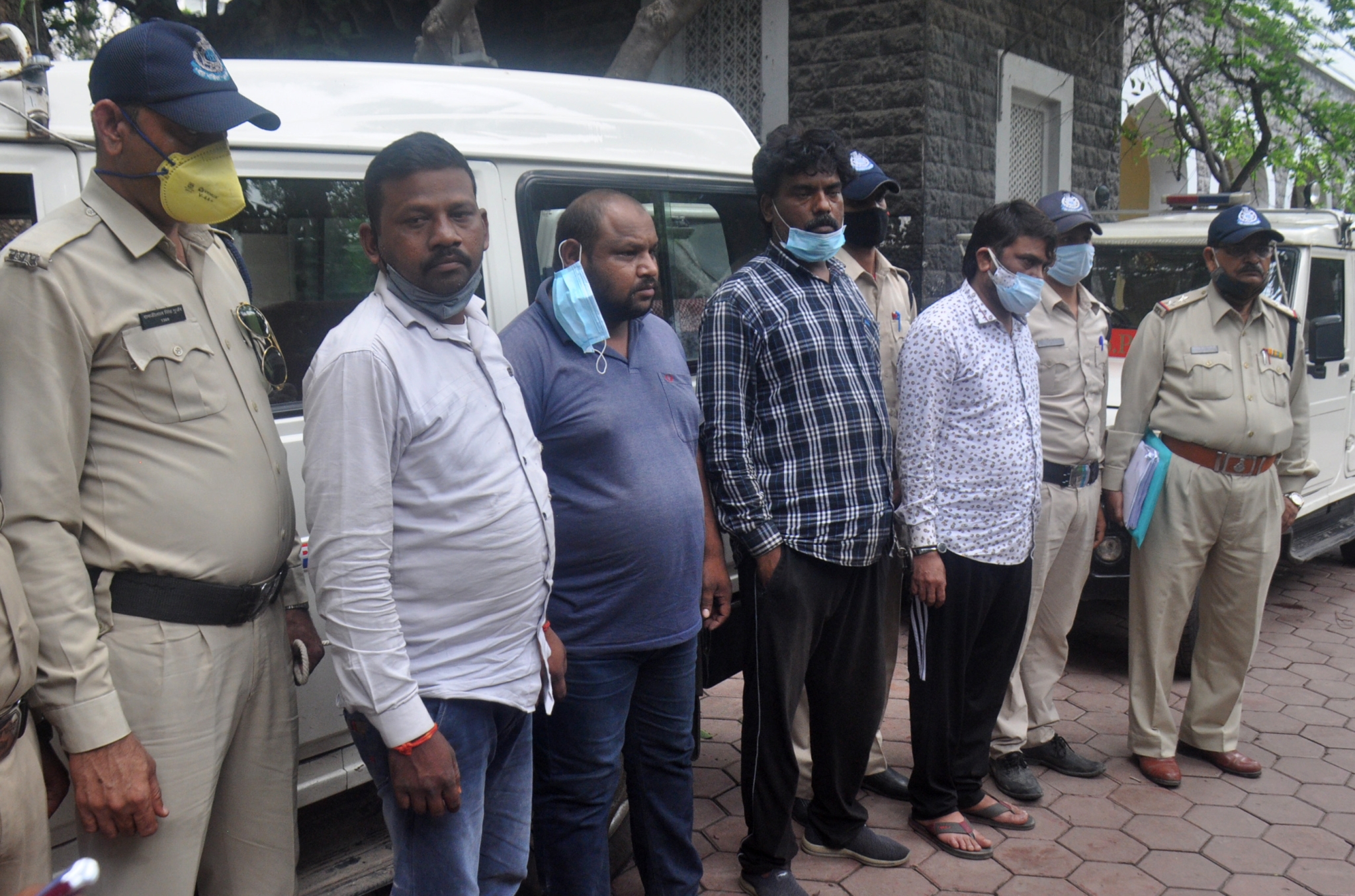 In the spurious liquor case that has led to the death of four persons, ​police ​investigations are showing that the spurious liquor being supplied in Indore and other nearby districts are the work of the same gang and the key person is one Kalka Prasad, who was arrested by the Khargone police a couple of days back.

Police now plan to bring him from Khargone and interrogate him about the entire network involved in supplying spurious liquor.

​SP (West) Mahesh Chand Jain said one channel of investigation started when the condition of Tarun of Juni Indore, who had consumed spurious liquor, deteriorated. On the basis of information provided by Tarun they arrested Bunty Sudhwani of Panchsheel Nagar who had supplied liquor to Tarun. Bunty's two accomplices named Navin and Sonu were also arrested. The trio ​used to supply liquor to various bars and individuals in the city. Bunty Sudhwani confessed that he used to bring liquor from Manish Sukhwani ​of Burhanpur​. ​​Manish was arrested in Burhanpur on Saturday and was brought to Indore on Sunday and he told police that he had links with Kalka Prasad, and used to purchase liquor from him, through another person. ​

​SP Jain said in a parallel investigation that started after the death of four persons who had consumed spurious liquor in two bars last week, also pointed towards Kalka Prasad. ​

​​After the four deaths, p​olice ​had ​arrested Paradise bar owner Yogesh Yadav, Sapna Bar owner Vikas Baredia and two suppliers named Pravin and Pankaj on Saturday. Pankaj and Pravin informed the police that they used to bring liquor from Bunty alias Rahul Borade​. Police brought Rahul for questioning, but before he could be interrogated properly he died, allegedly after consuming poison. However, police found that Rahul also used to buy liquor from Kalka Prasad.

Meanwhile, ​​Bunty, Navin and Sonu were produced before the court ​on Sunday ​where Bunty and Navin were sent to police remand till August 3 while Sonu was sent to jail.