HomeIndoreIndore: He's got great maturity, not much to be told, says Rohit Sharma praises Shubman Gill

Indore: He's got great maturity, not much to be told, says Rohit Sharma praises Shubman Gill

I just get the feeling that Gill understands his game really well, and that is the key," said Rohit.

Cricketer Rohit Sharma and Shubman Gill |
Follow us on

Shubman Gill has been in a rich vein of form in the 50-over format. The batter has scored 1254 runs in 21 innings at a staggering average of 73.76 and made a double hundred against New Zealand in the first ODI in Hyderabad.

"He's got great maturity. The way he thinks about his game, the way he approaches the game, that is all I can say. I mean, honestly, with the way he was batting in this series and before the series, I don't think much needs to be told. He understands his game really well. If you see, he paces his inning really well, and that is what he you want in one day, cricket, you want to go big, you want to go deep into the game. And he's shown it," expressed the Indian skipper.

Rohit was in awe of the opener's ability to understand the game and said that the batter has the capability of scoring big hundreds once set. He also mentioned that the opener was the difference between the two sides in the first ODI where Gill scored a magnificent double hundred, becoming the youngest to reach the milestone.

"He's got big hundreds, no matter how flat the pitch is. But to get a double hundred is not easy. So that shows. And in that game, the next best score was 34 when he got the double hundred. So, it shows that you know, he was calculative, and he understood that you know. He understood a set batsman needs to bat as long as possible. And that is probably the reason we got 350 plus in that [1st ODI] game. I just get the feeling that he understands his game really well, and that is the key," said Rohit.

Speaking about pace spearhead Jasprit Bumrah's comeback, he said that he is hopeful of the bowler's return for the last two test matches against Australia in the upcoming Border-Gavaskar trophy, but the team will not rush him into action, considering crucial tournaments later this year.

"About Bumrah, I'm not too sure at the moment. For the first two test matches, of course, he's not going to be available, but I'm expecting that I'm hoping, not expecting, I'm hoping that he plays the next two test matches, but again, we don't want to take any risk with him. Back injuries are always, always critical. We've got a lot of crickets coming up. After that as well. So we'll see, we'll monitor. We are just in constant touch with the physios and the doctors in NCAA and we are constantly hearing from them," informed the India captain.

Centuries from openers Rohit Sharma and Shubman Gill followed by three-wicket hauls from Shardul Thakur and Kuldeep Yadav helped India defeat New Zealand by 90 runs in the third and final ODI of the series at the Holkar Cricket Stadium in Indore on Tuesday.

With this win, Men in Blue blanked New Zealand in the three-match ODI series 3-0. 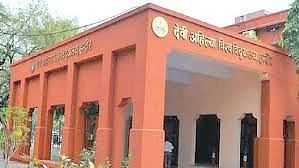