“We have not received any information that the issue has been resolved. We are yet to start our work,” a senior PWD official said.
Staff Reporter 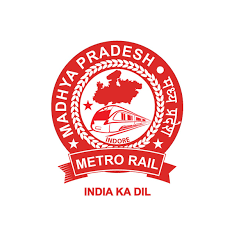 Indore: The standoff between the Metro authorities and public works department (PWD) over the construction of their flyovers at Palasia square is yet to be resolved according to senior PWD officials, which runs contrary to principal secretary urban development Sanjay Dubey’s claim that the issue has been settled.

“We have not received any information that the issue has been resolved. We are yet to start our work,” a senior PWD official said.

PWD executive engineer (Bridge Department), Girjesh Sharma said that the PWD plans a flyover from LIG Square to Navlakha and it was given the green signal by the state government in March. The flyover will have four lanes with a width of 15.5meters. The bridge will be constructed under Central Road Fund, costing Rs 350 Crore.

BRTS will also be disturbed: Sources also said that PWD will also need permission from AICTSL for interrupting in the routes of ibus BRTS corridor. It is suggested that PWD will work on a patch of few hundred meters at a time and during the period of construction Ibus services will be affected.