Teachers along with students of School of Physical Education gathered on main entrance of UTD campus and staged a demonstration.
Staff Reporter 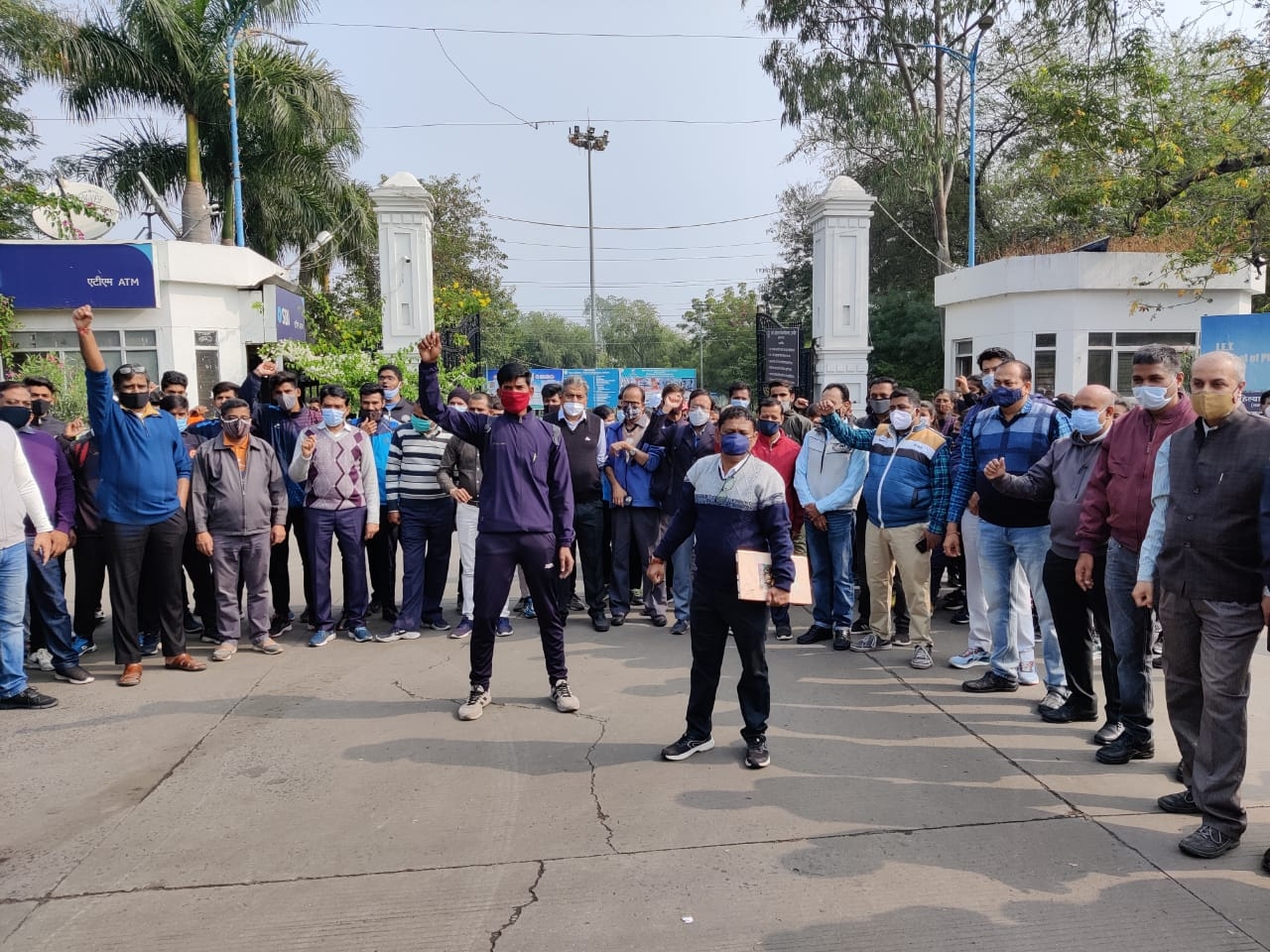 Teachers along with students of School of Physical Education gathered on main entrance of UTD campus and staged a demonstration.

DEVTA president Laxman Shinde said that misbehave with teachers can’t be tolerated. He stated that they on Saturday staged a token strike giving a chance to student unions to mend their ways.

On Thursday, ABVP activists had allegedly misbehaved with Mehta and threatened him during an inter-college cricket match on UTD campus.

The ABVP activists wanted a player Naveen of UTD team to be given importance over others.

When Mehta did not buckle under their pressure, they allegedly misbehaved with him. In front of the players, Lucky and his aides even hurled abuses at Mehta and threatened him of dire consequences if he did not give weightage to Naveen.

Mehta informed university authorities about the incident and went on to Bhawarkuna police station to lodge a complaint against ABVP activists.

Bhawarkuna police registered a case under Section 294, 506 and 34 of the IPC against Lucky and his aides.

In retaliation, ABVP activists On Friday staged a demonstration on RNT Marg campus of DAVV baying for Mehta’s blood even as UTD teachers association stood firmly with him.

ABVP activists took DAVV administration to ransom for immediate removal of Mehta from headship but vice chancellor Prof Renu Jain squarely rejected their demand. She in fact pulled by the protesting activists for misbehaving with Mehta.

Following intervention of some university officers and senior ABVP leaders, the protest ended but it was just a start to a conflict between saffron wing of students and UTD teachers.

Teachers of DAVV and ABVP activists had come face to face over the matter and the issue does not seems to boil down soon.

Back channel talks are underway to diffuse the situation.