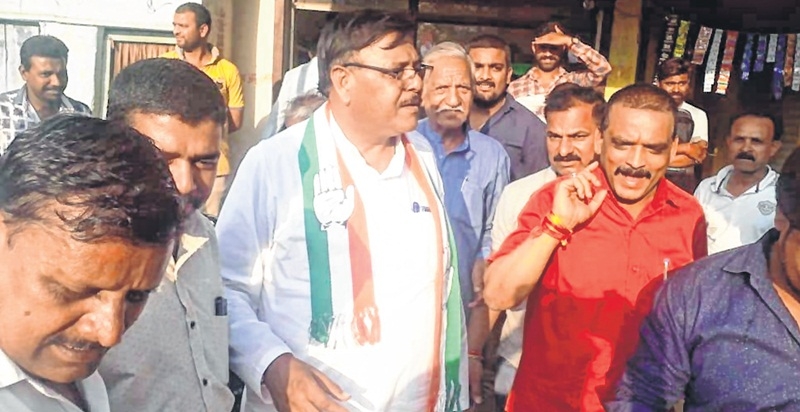 Indore: As Lok Sabha election draws near, differences among Congress leaders seem to be deepening with each passing day.  The party, which had seen a ray of hope when BJP changed its candidate from Sumitra Mahajan to Shankar Lalwani, appears to be lagging behind in giving a united fight to opponents. Instead of getting united, the party leaders are expressing grudges and their fragile unity is falling apart. A day after announcing the candidate, Congress MLA from Indore-I, Sanjay Shukla opened up against party’s Indore Lok Sabha candidate Pankaj Sanghvi for giving preference to his rival Golu Agnihotri in his assembly constituency.

Then, district (rural) Congress Committee incharge Sadashiv Yadav protested against local party leaders and city Congress committee members for not giving him ‘respect’ during Congress party’s election office inauguration. Before leaders could pacify Yadav, other Yadavs – Devendra Singh and Deepu raised the flag of protest against their own party candidate. As a result, senior Congress leaders and ministers including Sajjan Singh Verma and Tulsi Silawat intervened to control the situation. The party’s election office wears a barren look after the inauguration as leaders and activists are not participating in campaigning. This is bothering Sanghvi no end as he fears sabotage.